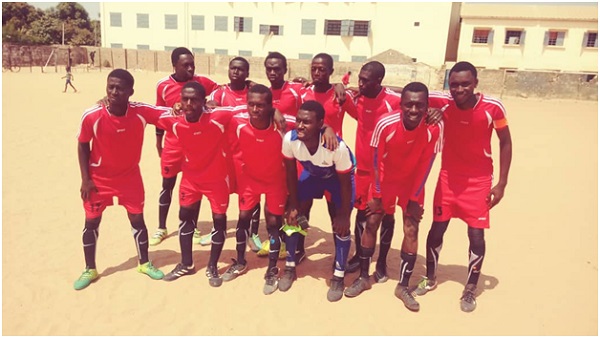 Noorah Al-Abodi Islamic School football team has vowed to fight an “illegal, and unjustifiable” suspension slapped on it by the governing committee of the Association of Islamic/Arabic Schools in Kombo football competition.
The Tanji School beat Ahlus Suhfu Islamic School 2-1 in a quarter-final clash to book its ticket into the semis, but the committee accused the school of fielding an ineligible player, nullifying their victory.
Lamin B Fatty, team manager of Noorah Al-Abodi, said the committee’s decision was not only illegal,but baseless.

“The committee came for an investigation saying they want to be sure whether the player is in fact a student of our school. We furnished them with all the information they needed. They said they were satisfied with the information but then they went ahead to secretly call the player telling him you are not a student of this school as you claimed, even though we gave them all what they asked for during their investigations.”
Fatty said there is a conspiracy against his team “because the principal of the school we played against is the same person heading the committee. ”
Fatty said unless the authorities intervene and do justice, his team will “interrupt the semi-final” of the 21-team tournament.

However the committee has dismissed Fatty’s claims as false maintaining that the decision to forfeit the points from Noorah was lawful because they violated the rules governing the tourney.
He told The Standard last evening that they were at the GFF to help find a solution to the impasse.