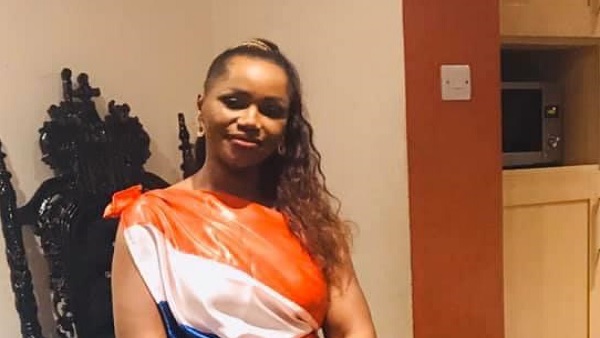 Amie Jarjue, founder of Gambia national fundraiser for Covid-19, has reassured Gambians that her initiative is committed to reaching out to the entire country.
The young lady, fondly called Mother Theresa of The Gambia, initiated The Gambia national fundraiser to buy essential food stuff for the needy families in the country to keep them home in an effort to contain the spread of Covid-19.

The young entrepreneur based in the UK said she is aware of the concerns raised by Gambians that most of the Covid-19 relief packages are being distributed in the Kombos.
“We understand people’s concern but I want to assure all Gambians that the Gambia national fundraiser team is doing all they can to ensure that they reach out to the provinces,” she told The Standard.

She reserved special praises for Mustapha Drammeh of USA, Daira’elhagi Malick Sey Birmingham, Gambian association in Vienna, Australia, Maimuna Conteh and Gambians residing in Sweden, Gambian Association in Manchester, IAC Norway and Essa Faal, who she said has so far donated D75, 000 to the national initiative team.
“I also want to thank the entire team in the Gambia headed by Dr Hatib Taal, Babou Njie Sallah and Sai Touray for their tireless work to meet the needs of the underprivileged families,” she added.

However, Madame Jarjue criticised some of the political parties for refusing to partner with them and instead went ahead with their own initiatives.
“It is said that imitation is the sincerest form of flattery, meaning that someone imitates someone else because one admires that person or values what that person is doing. But when an initiative is hijacked by someone else and the fundamental premise is distorted by that person for their own political ends, then this needs to be highlighted.

It is a little disappointing that an attempt is being made to dilute an apolitical initiative implemented by ordinary citizens of The Gambia, particularly as those parties were given a direct invitation to join and support the initiative at an early stage for the benefit of the nation and those families and individuals needing support.

“This is a time to unite the nation not a time for division or political posturing.”
Meanwhile, the managing director of the Village Complex who also doubles as the treasurer of the national fundraiser for Covid-19, Siam Bourgi said she is proud to be part of the fundraiser team. She urged other organisations and philanthropists to join the initiative.