‘PLANS TO RESURRECT DRAFT WITHOUT CRC ARE UNLAWFUL’ 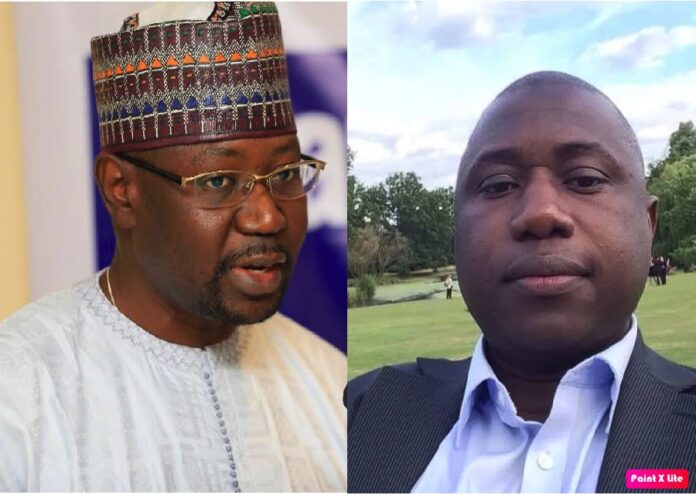 A former special adviser to President Adama Barrow has said the government’s plan to appoint an independent body of stakeholders to review the draft constitution is unconstitutional and could spark massive political uncertainty.

The Minister of Justice Dawda Jallow recently told an online media platform that the government is now planning to resurrect the document by appointing an independent body that would be tasked with the responsibility of ensuring there’s common ground.

“We want the process to be led by people we can trust, not me. Our role here as a ministry is to facilitate, probably raise the necessary funding and logistics to support that process,” AG Jallow told the popular internet platform.

But in an exclusive interview with The Standard on Tuesday, Gambia Moral Congress leader Mai Ahmad Fatty said: “This is positive news. What troubles most of us regarding this, is the intention of the State to channel this through an independent body. Once again, the State has hatched another plot to kill the CRC Act, neutralize it, and unlawfully transfer its mandate and jurisdiction to another ‘independent’ body.”

“The State’s definition of ‘independent’ body is one that is capable of being fully remote controlled by the State. It will not work. The State must follow the law, respect the law and abide by the law. So far, the State has quickly built the reputation of circumventing the law in situations that do not favour their subjective disposition. The CRC is the only legal entity that has the exclusive jurisdiction to review the 1997 Constitution and to draft a new one.  It remains relevant, and will not be set aside. Any deviation from this law by the State will be interpreted as the intention to create a custom-made draft from the desk of the Executive. This is unacceptable. Further, it will be viewed as a new attempt to erect the foundations of another totalitarian entity in The Gambia. This is also unacceptable,” Fatty said.

Fatty further argued that the attempts may lead to civil strive and instability in the country because they shall be resisted by political parties and civil society by all necessary legitimate means.

“The Gambia has decided to bid good riddance to autocratic tendencies, and no one, I repeat no one has the power or authority to reverse that. Any leader who stands in the path of the change train shall not survive the impact. I call on the State to follow the law, due process and democratic practices. We will not accept any body to deal with the draft as suggested. The CRC Act must stand. Nothing less,” he warned.

He continued: “With all due respect to the Minister of Justice, we continue to search for inspired leadership on this sensitive issue. I know he’s trying to find some way through this but his new proposal is contrary to law, and its fruits are already laced with poisonous illegality. The wish of the electorate is to have the final say through a referendum. We propose the State to devise a legal strategy that will send the current draft direct to a referendum. The citizens are the ultimate arbiters. They have the exclusive right to approve or disapprove. Those who would like to kill the draft, should lobby the electorate through the processes of a referendum. Nothing else will suffice. The last peremptory strike in parliament was a theatre of ignominy. Lastly, the Minister of Justice should consult widely among lead stakeholders and other sources for more ideas on the way forward. He will find illumination out of the darkness. We are ready to help.”