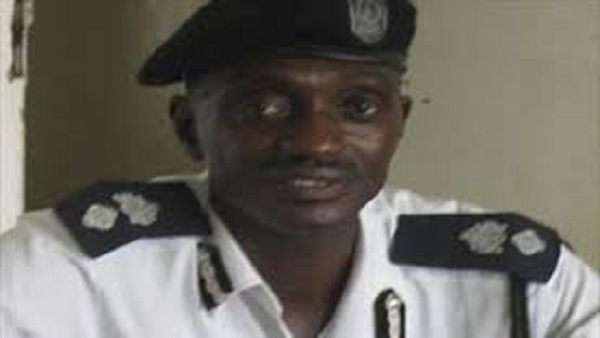 The police on Tuesday impounded 36 vehicles as part of nation-wide operations to enforce the Gambia government Covid-19 regulations, The Standard can reveal.
Since the declaration of the State of Public Emergency by the government, commuters have been encountering hardships on the roads as many commercial vehicle drivers refuse to comply with the emergency regulations.

But according to Commissioner King Colley of the Mobile Traffic Unit, the police are now going all-out to bring back sanity to the roads by ensuring that drivers respect the emergency regulations.

The police said 20 people have so far been arrested in West Coast Region and another 16 in the Kanifing Municipality.
He described the arrests as major breakthrough in that it had not been easy for officers to effect arrest and prepare grounds for prosecution due to refusal of people to serve as witnesses.

The police have now devised a new strategy in which it sends out officers on undercover missions by embedding them in the civilian population in vehicles.
“The public has been complaining [about activities of drivers] but we did not have evidence because people are reluctant to be witnesses. We have deployed a new strategy and send people on undercover missions and they have discovered lot of anomalies in the traffic. Left to Gambians alone, we will not have any witness but we are using this strategy to make arrests,” Commissioner Colley revealed.

He explained that the 36 drivers were variously arrested for the alleged offences of inflating fares and loading beyond the recommended capacity, adding that they may appear before a competent court of law on Wednesday.

The mobile traffic chief assured that the police will not relent in ensuring that Covid-19 emergency regulations are observed for the greater good of the larger society.
Meanwhile, president of the Gambia Transport Union, Omar Ceesay, who was seen at the Mobile Traffic Unit, commented: “I have received lot of calls from drivers in Brikama and Kanifing municipality about the arrests over capacity and over-pricing. We are actually here to negotiate because we can say most of them [drivers] are at fault. Since day one, we’ve been engaging them. We are in an emergency and an abnormal situation. Health is wealth and physical distancing will help the entire family. If you want to insist, you are going to be the victim because it’s the law. Let’s promote social distancing. Covid-19 is a cause for concern and we already have 22 cases. We[drivers] are at fault and we are here to appeal to the authorities.”

According to the law, drivers who are found to over price fares and capacity bloating are liable to a fine of D5000 and their vehicle impounded until the end of the Covid-19 emergency.