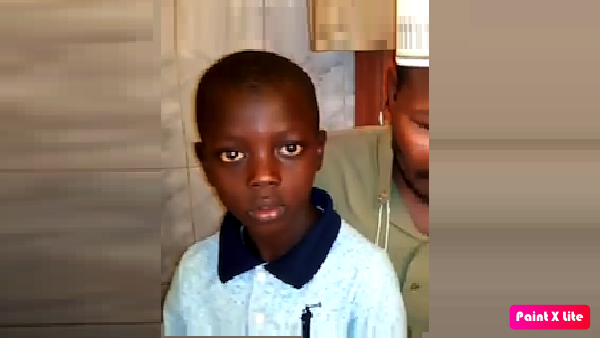 The Gambia Police Force has opened an investigation into a video of a young boy who was reported to have been driven by unknown men to Senegal, Spokesperson Lamin Njie confirmed to The Standard.

In a video seen by The Standard, the young boy who identified himself as Malick Joof from Barra Nema, alleged that he was whisked into a waiting vehicle by some unknown men who drove him all the way to Mbour in Senegal.

“The incident happened when my father sent me to the shop to buy bread. They [the unknown men] called me and asked me to enter their car. When I entered, they threatened to kill me if I raised alarm. This is how they drove me to (Mbour) and asked me to sit there and wait for them,” he narrated.

A perturbed Malick was found by one Abdoulaye Ba who handed him to his brother who reported the matter to the Senegalese authorities.

Abdoulaye later released a video urging relatives or anyone who knows anything about young Malick to contact him.

When contacted for reaction, Ramatoulie Jawara, the director of National Agency Against Trafficking in Persons (Naatip) confirmed that her office was in receipt of the video but said she was not in the position to confirm whether it was a case of trafficking.

“We can only assume that he is missing for now until when we get more information on the matter,” she said.

The national coordinator of the Child Protection Alliance (CPA), Lamin Fatty, said the recent case has clearly demonstrated that child protection still remains a great challenge in the country.

“For a child to be taken from The Gambia all the way to Senegal without somebody detecting it clearly indicates that we still have lapses in terms of our responsiveness to child protection in this country,” he said.

Mr Fatty said the US Department of State’s decision to penalise The Gambia and stop all its funding in the fight against trafficking, should be a wake-up call for the government to be more proactive”.

He said there are protocols and procedures explaining who a child can travel with to ascertain that the person traveling with the child has any relationship with the particular child.

Fatty called on the government to be more proactive in the protection of children.

“This is just an isolated case. There could be even many more unreported cases. We need national concerted efforts to ensure the effective protection of children in the country,” he said.