PPP not worried about breakaway party 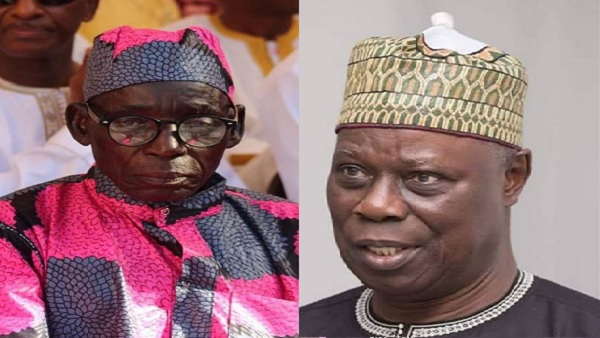 Alhagie Lamin Nanko, the national president of the People’s Progressive Party has said that the formation of a new party by Bakary B Dabo, will not affect the PPP, adding that there can be only one PPP which is led by Papa Njie.

Mr Nanko, also warned Mr Dabo and team should henceforth desist from using the name of the PPP for their political propaganda.

“All PPP members must also distance themselves from the new party in the making as they are not PPP members anymore and they cannot represent us in anyway,” Mr Nanko said in a statement shared with The Standard yesterday.

Mr Nanko maintained that the only legitimate persons who have both moral and legal authority to run the affairs of the PPP are party leader Papa Njie and himself as the national president, since they were the ones elected at the party’s national elective congress in December.

He further stated that he did not believe BB Dabo can take any significant number of PPP supporters with him to his new party, adding that it was time BB and his camp accept new realities that Gambians have moved on after 22 years.

“No one of us who had witnessed the formation of the PPP should expect that things should remain as they were 24 years ago, as the December 2018 national elective congress had demonstrated,” Nanko said.

He said Mr Dabo would struggle to regain the confidence of the majority of PPP supporters after he took the “unfortunate decision to work under a military government under Jammeh as well as accusing the PPP government which he himself served as a vice president.”

He accused BB Dabo and Yaya Ceesay of misleading and misrepresenting the PPP.
“They are not defending the values of PPP but promoting discrimination and intolerance.

I want to remind my friend Yaya Ceesay the motto of PPP; VOX POPULI VOX DEI (The voice of the people, is the voice of God).

I and Yaya Ceesay were the youngsters and cheer leaders of PPP and together we did a lot for this great party.

So for him to decide to betray the PPP and join BB Dabo’s party shocked me,” he said.

However Mr Nanko said splinter groups are not new in the PPP and the party had survived.

“The likes of Sherrif Ceesay, Sanjally Bojang, Assan Musa Camara and Sheriff Dibba had all either left or contemplated leaving the party but whenever that happened, the party grew even stronger and the same thing will have happened in this new BB and Yaya Ceesay episode,” Mr Nanko concluded.