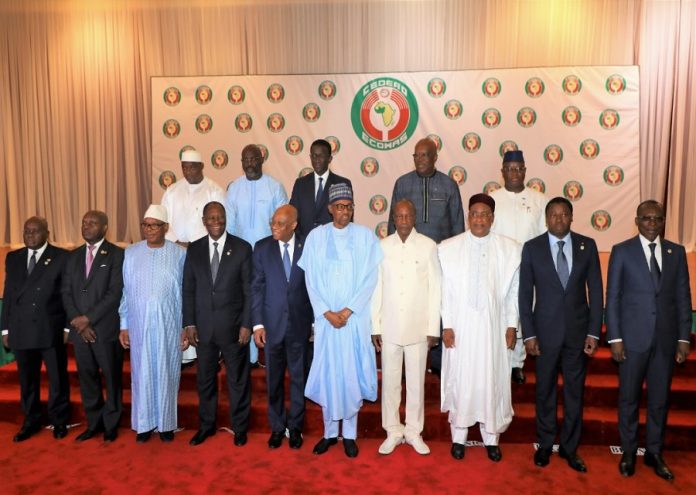 The Summit, which brought together over a dozen Head of States, focused on the promotion of peace and stability, regional integration, economic growth and social affairs.

President Barrow also signed the outstanding legal acts from the 54th Conference, among which is the adoption of the Ecowas Rural Electrification master plan, Ecowas Common Investment code, and the elimination of double taxation between member states.

At the opening ceremony, the Chairman of the Ecowas Authority of Heads of State, Muhammadu Buhari, commended his counterparts for their commitment to consolidate regional integration. He called on them to put their collective effort in fighting against security threats and safeguard the peace-loving nature of the Africans.

President of Ecowas Commission, H.E. Jean-Claude Kassi Brou, hailed the consolidation of democracy and good governance in Ecowas member while cautioning about the situation in Guinea Bissau and terrorism.

Special Representative of the UN Secretary-General and the Head of UN Office for West Africa and the Sahel, Dr Muhammed Ibn Chambas, said Series of elections are coming up in Ecowas countries and they will be watching closely for free and fair elections.

Beyond military approaches he added, more efforts should be made in addressing the roots causes of extremism, terrorism, and other conflicts in the sub-region.

The President of the International Criminal Court, Judge Chile Eboe- Osuji, stated that there cannot be any meaningful economic development without peace and stability while lauding Ecowas member states for their confidence in the ICC.

Ata closed session, the Leaders discussed the 2019 Interim Report of Ecowas, the 42nd Ordinary Meeting of the Mediation and Security Council, 82nd Ordinary Session of Ecowas Council of Ministers as well as special reports on the political situation in Guinea Bissau, the Ecowas single currency, and Declaration on Child Marriage.