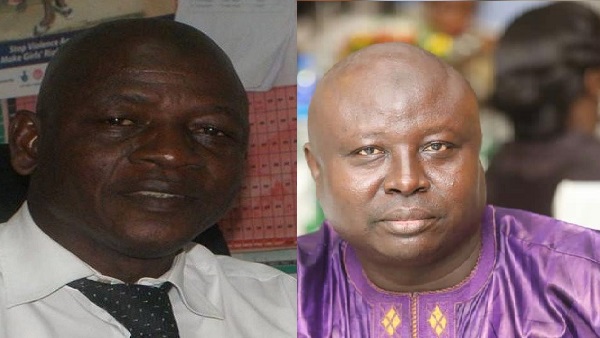 A statement released by State House yesterday, reads:
“Kindly accept this statement as an expression of my utter dismay and indignation at the recent comments made by one Madi Ceesay, a national assembly member for the United Democratic Party.

The comments ascribed to Mr. Ceesay, whom I deliberately refuse to address with the right honorific befitting of a respectable member of parliament – Honourable National Assembly Member, where he was openly calling for the illegal overthrow of a democratically elected government are indeed shameful and regrettable.

I call on Madi Ceesay to resign in honour of preserving the integrity of our Honourable National Assembly.

No respectable National Assembly Member, who is well au fait with his constitutional mandate and responsibilities will ever associate, not even remotely, with an illegal attempt to dislodge a government that was overwhelming elected by the people of The Gambia.

The Gambian people have spoken when they decided in 2016 to give President Adama Barrow a five-year mandate to rule the country.

Moreover, the 1997 Constitution of the Gambia, which is the supreme law of the land, is quite clear when it states ambiguously in Section 63 that ”the term of an elected president shall, subject sections (3) and (6), be for a term of five (5) years”.

The government of The Gambia will defend the supremacy of the constitution. Equally, all genuine Gambians, who are true to promoting the ideals of constitutionalism, the rule of the law, and sincerely care about consolidating the good governance and democratic gains so far registered should have no qualms adhering to the tenets of the law in spirit and letter.

At this juncture, I refer Madi Ceesay to draw wisdom from the recent comments made by his party leader, veteran lawyer Ousainu Darboe, who unreluctantly distanced himself from the illegal cause of the so-called ”3-years movement”.

He told a local news site recently that ”I just stated what the laws” referring to earlier comments he made insisting that Barrow must serve five years.

Madi’s renegade diversion from the position of his party leader party points to two things: 1) that there’s no discipline in the party structures and rogue elements like Madi have become uncontrollable; or 2) that the influence of the party leader in the party is fast dwindling.”

Meanwhile Foday Gassama, nominated National Assembly Member has also weighed in on the matter, saying if anything happens in December Madi Ceesay will be among the people responsible.

Gassama, a former UDP regional youth coordinator for West Coast now perceived to be a Barrow loyalist, told The Standard yesterday: “Madi Ceesay should realize that calling on people to come out to the streets to remove the democratically elected president is unconstitutional, and also not in conformity with the functions and responsibilities of a National Assembly Member.

“Our role as National Assembly Members is to make laws of the land and to amend the constitution, monitor the governing system of the country and ratify the bills and international treaties. His recent remarks are not encouraging.”

“If anything happens in December Honorable Madi Ceesay will be responsible for that because his statements were very venomous and even treasonable.

He should withdraw his statement and apologise to the Gambian people”, Gassama added.

Gassama called on Gambians especially the youths to preserve the peace and the constitution of The Gambia and “refuse to be used by unscrupulous elements and selfish people.”

Madi Ceesay, a prominent member of the UDP and many times victim of the Jammeh oppression, had on many occasions asked President Barrow to respect his promise to quit after three years and recently warned that the people agitating for this calling themselves ‘3 years Jotna’ should not be mishandled.