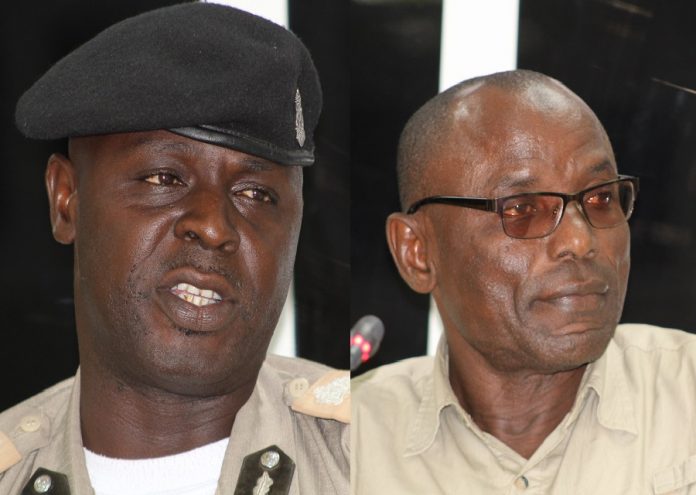 The director of operations at the Gambia Prison Services has warned that the overcrowded condition at the remand wing of the central prison at Mile 2 could exacerbate the spread of coronavirus.

“The remand wing is congested and definitely it should be decongested. We are not saying release people freely from the crimes that they have committed. But they can be given reasonable bail terms so that they could be allowed out, then after the Covid-19, their cases can be looked at,” Lamin Sowe told the TRRC yesterday.

Sowe was responding to a question by a commissioner who inquired about the state of affairs of the prison to cope with overcrowding amid the Covid-19 pandemic.
He said apart from the remand wing, other areas within the prison are taking precautionary measures to mitigate the risk of coronavirus spread including daily temperature checks, hand washing and sensitisation.

But he added that the overcrowding and lack of adequate supplies at the remand wing remain not only “an extremely difficult challenge but a considerable risk” to both inmates and prison officers.

Officers suspended
Meanwhile, at least six correctional officers at the Gambia Prisons Services, GPS, have been suspended by the prison administration pending the outcome of ongoing investigations at the Truth Reconciliation and Reparations Commission.
The six are accused of involvement in custodial torture of prisoners and other human rights violations under the directives of former prisons boss David Colley.
This was revealed by retired senior prison officer, Lamin Korta, at the TRRC hearings Tuesday.

Among those suspended are former deputy director and head of operations, Commissioner Ebrima Jammeh, who was dubbed the prison’s “chief torturer”.
According to the witness, Jammeh topped the list of torturers mentioned by the prisoners in their discussions with the UN human rights observers during their first visit to The Gambia on torture and rights violations investigations.
“By virtue of his rank, he was the most senior among them and that’s why he was called ‘chief torturer’,” Korta said.

He said when the new prison authorities took over, they suspended the alleged torturers pending the outcome of investigations by the TRRC.
According to prison sources, other suspended officers include Sub-Inspector Muhammed Jabbi, Inspector Malang Tamba, Superintendent Muhammed Bojang and one “Sergeant Ajunta”.

Poisoning inmates
According to Korta, he heard that inmates were once fed with meat from a “dead rotten bull” which was allegedly picked up in the streets by officers under the orders of the former director.

“I heard that the bull was picked up by drivers sent by David Colley from the Old Yundum area and when it was cooked [and eaten] inmates suffered from sickness including diarrhoea and some lost their lives.”
Korta said among the inmates at the time was Musa Susso, now deputy governor of West Coast Region.

The witness said when Susso was later pardoned, he reportedly instituted legal action against David Colley for his role in the alleged poisoning of the inmates but Susso was immediately re-arrested and returned to Mile 2 and his pardon revoked.