Why the Samba boys flop too quickly 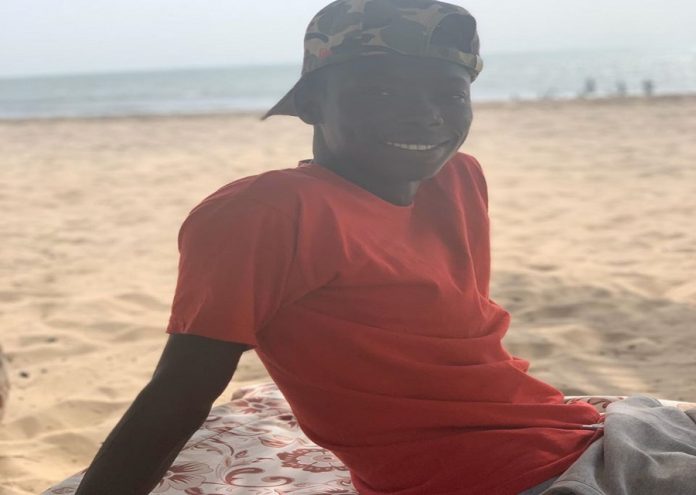 Brazil is unarguably the most successful footballing nation on the globe. It’s given birth to a lot of exciting and promising superstars who initially were an ecstasy to watch down the years. Ranging from skills, mesmerism, all the way to firepower; they got it all. But sadly, most of these talents ebbed away within a very short stint, failing to reach their full potentials. Most of the reasons of the curtailment of their glorious days range from controversial transfers, injuries, social problems, to occasional partying lifestyles. Here, I’ll tell you some of the Samba boys that plateaued too quickly, failing to make the footballing world entirely theirs at the peak of their individual careers.

Pato graced the European scene with AC Milan in ’07 when he was just a teenager at 18. In ’09, he won the Golden Boy and Serie A Young Footballer of the Year awards. In 2011, after helping AC Milan win the Serie A title, Pato decided to mar his then-promising career by opting to go back to Brazil. That was the beginning of his impending doom.

A one-time teenage striker and a wonder kid who tore defences apart with his pace, agility and ball-controlling technique that was complimented by an endearing firepower; enslaving every football fan like the author of what you’re just reading into liking him, went on to make an unexpected move from Milan all the way back home. And that summarized his career from a one-time lethal striker to a fulltime ultimate flop.

In football, do you know what they call a thunderbastard? If you don’t, you probably know a thunderbolt. If you don’t know either of these, then ask Adriano. This man was powerfully samba-footed. His left foot earned him so much respect. Many thought he was going to be the next Ronaldo. He was nicknamed the Emperor.

He won the Golden Boot of the ’03 Confederations Cup. He also won four Serie A titles with Inter Milan during his stint in Italy, but a decline in his performance which coincided with the demise of his father sent him back to Brazil. There in Brazil, he won two trophies again before succumbing to the distraction and grief his dad’s demise posed on him. Ultimately, yet sadly, the Emperor plateaued for good, marking his debacle.

When Robinho started rising, many fans heaved expectations on him of being the next Pele. Pele himself said Robinho was going to be his heir apparent when he was just 15. That is the greatest honor any footballer can get. Honestly, as a rising star, he was a gem.

He won two titles with Santos before moving to Europe in ’05 to play for Real Madrid, where he also won two La Liga titles on the famous number 10 jersey that was previously worn by Luis Figo. During his 3-year stint with Real, he was their third-highest top scorer, behind Raul and van Nistelrooy. He was also their second-most assist provider behind Guti. He made it to the top 10 Ballon d’Or shortlists in ’08 before pushing a transfer deadline day move to Manchester City, courtesy of petrodollars.

At City, he had a smooth starting. He scored a classic debut free kick goal against Chelsea. He went on to finish as City’s top scorer that season and EPL’s fourth top scorer. In his second season, injury struck him, limiting him to just 12 appearances and just one goal in that sophomore season of his. Due to this, he fell from the pecking order and decided to go back to Santos for a 6-month loan spell. He wanted to remain there at Santos permanently but City declined that. After his loan spell, he returned to City but still wanted to pursue a move elsewhere. He ended up signing for AC Milan in the summer of 2010. He won the 2010-11 Serie A title and Supercopa Italiana in the subsequent season. 2012-13 season was a raw campaign that saw no trophy. AC Milan had started to fall from grace.

In 2013-14 season, he suffered a groin injury before deciding to  move back to Santos. In 2015, he moved to China, then to Brazil; and then to Turkey. That summarized the career of Robinho, one-time coveted superstar, into a regularly switching flop across continents. He shouldn’t have at least disappointed baba Pele.

Ricardo Kaká was the prince of football at the pinnacle of his career. He was that kind of player everyone loved. Even gals loved Kaká. Apart from his tantalizing skills and mesmerizing displays, he was also a charming man who’d send almost every gal into arousal with the smallest grin. Such was Ricardo Kaká.

Kaká entered the footballing scene with Sao Paulo in ’01. After winning the Best Player of the Brazilian league and the World Cup in ’02, he joined AC Milan in ’03. There in Italy, he won the Serie A and was named the Serie A Footballer of the Year twice. In ’05, he led AC Milan to the UCL final in Istanbul that they lost to Liverpool in a comeback of biblical proportions. He was the top assist provider of that campaign, and went home with the UEFA Midfielder of the Year of that campaign. In ’07, he led them again to the UCL final which they won, with him being the top scorer of that campaign.

His pace, magic passing, dribbling and considerable goal scoring from midfield saw him win the FIFA World Player of the Year, Ballon d’Or, the UEFA Club Footballer of the Year alongside the IFFHS World’s Best Playmaker awards.

After this successful Kaká stint, he decided to join Real Madrid in ’09, where he’d be ravaged by four seasons of injuries and nightmares before he’d go back to AC Milan in 2013. He’d just play a season with them before he’d push a move to the MLS and ultimately to his childhood club – Sao Paolo. This is the summary of Ricardo Kaká’s that glorious career into an unexpectedly shocking ending. Who thought he’d not win a second Ballon d’Or?

Neymar was still a famous figure in the footballing world prior to him joining Barca. He tore the Spanish defense apart in the 2013 Confederation’s Cup final before breaking their hearts with a memorable thunderbastard of a goal. He won two consecutive league titles with Santos, and a Copa Libertadores in 2011. He also won two successive South American Footballer of the Year in 2011 and 2012 before finally deciding to ply his trade in Europe with Barca. At Barca, many people thought he was going to be the redefinition of modern football to end the already-established Messi-Ronaldo duopoly as he was emerging. But that ultimately became a dream drowned in the Bermuda Triangle for good.

Although he formed a detrimental attacking partnership with Messi and Suarez – the MSN, winning the treble in 2015 and finishing third in the 2015 Ballon d’Or shortlists, just behind his father, Messi; and his father’s companion, Ronaldo; he never actually won the coveted footballing award. In 2016, he moved to PSG in a whooping world transfer fee thanks to petrodollars once again. There, he won all what they’ve been winning. He’s not highly applauded for that. He still hasn’t helped them win the UCL that has always eluded them. Can’t the petrodollars buy a UCL crown? Let Neymar do them the Samba dance. Does he have a moniker?

Now at 28, with his continual big-man footballing style of ‘come charge me’, occasional injuries and partying lifestyle, who’d imagine when he’ll win his first Ballon d’Or, if he’ll even win any? To me, he’s now a big man, not the hungry-for-success lad we’ve seen some time ago. What’s his moniker? Call him the Entertainer.

Call him Gaucho if that pleases you. Truly, he deserves utmost respect. He is undoubtedly one of the best talents and entertainment football has ever seen, if not even the best. With respect to skills, mesmerism, dribbling, accurate free kicks; killer passes, no-look passes, scoring goals and overhead kicks; and entertainment itself, he was just out of this world. His lovely smiles on his always-smiling gentlemanly face coupled with his substance and quality, enslaved every football lover into loving him. He had a commanding personality. AOB tell them. Maybe you wanna ask Hassim. Either way, you’ll get a befitting response. They’re my fellow pundits.

After making his debut for his boyhood club, Gremio, Gaucho moved to PSG in ’01 at the age of 20. He then signed for Barca in ’03. This was the beginning of his stellar career. At Barca, Gaucho reached the pinnacle of his career. He won the FIFA Footballer of the Year and Ballon d’Or in ’05. The following season, he won the UCL and another La Liga title. This season is often regarded as his individual best.

After scoring two solo goals in the El Clasico at the Bernabeu, he received a standing ovasion from the Real Madrid fans, becoming the second Barca player to receive such a noble gesture after Maradona. After finishing the following season with Barca as runners-up, and the upcoming season being plagued by injuries, he decided to move to AC Milan in ’08. This move seemingly took sunshine out of his career. A revered legend sadly falling down from grace.

He won a Serie A title with them before ultimately deciding to go back home to play his trade with Flamengo in 2011, then to Mexico, and then back to Brazil. This summed up Gaucho’s extremely successful and amazing career into an ultimately shocking darkness.

He had a rich career. Of course he was largely successful – winning almost everything, if not everything, from club side to national side, but he could have done more than what he did. He had the strength and skills to do so. He could’ve won more than just one Ballon d’Or. To a certain extent, he felt relaxed, showy and bossy after winning the Ballon d’Or. Definitely, who thought that Gaucho wouldn’t be a multiple winner of the coveted Ballon d’Or? He was indeed an avatar of talent and spectacular footballing personality. That was Ronaldinho of all people, including you. You don’t wanna tell me he’s not won your heart.