Putting the spiritual back into the Eid

The Abrahamic slaughtering of the ram, which was supposed to be his son, tells of the mercy of God upon the father of the Muhammadan ummah. This shows that the predominant quality of the divine essence is nothing less than mercy. And that when men take it upon themselves to give everything in submission to the higher spiritual laws that were instituted by the Exalted Presence, then it won’t be long till the help and mercy comes down upon them. It is more or less a fulfillment of the highest cosmic ideal, —actualisation of mercy and divine love for all that dwell down below on this ephemeral earth.

However, our time has become an era of inversion and distortion of the main intention behind all these spiritual vocations. Spirituality is supposed to be a source of ease for people when practised in its fullest sense, yet it has become another tool for the ego to perpetuate its bestial nature as per the narrative of the Islamic spiritual tradition. Tobaski is meant for nothing less than the following of a divine command and rejoicing in the mercy of God for His great many gifts upon us. But now it has become a source of constriction and alienation – the struggle to have a sacrificial animal when you don’t have the means or the victimisation of each other for not giving out gifts. Materialism without check defeats the whole purpose of the Eid itself; for it was meant to instill in the Muslims a sense of charity and spiritual sacrifice.

Last Friday just before the Eid, this newspaper carried a very sad news. A young man was allegedly stabbed to death by his girlfriend because the boyfriend didn’t buy a dress for their child. It may not be the whole story but it is still very telling of how low our society has become. Didn’t the religion say leave what you cannot afford and that God looks at the hearts and not the outward embellishments? The Islamic festivities have become another ego-based thing, far removed from the core Islamic understanding of what it means to be a worshipful and grateful servant.

Another very pathetic issue that has become a norm in the country, is how sellers hike the prices of basic commodities during Ramadan and feast periods. Regardless of religious inclination, universal values dictate that exploitation is wrong.  This is the season of sacrifice – a time to reflect on what it means to be a servant of the Most Glorious.

The least that can be said of the main cause of problems that Muslims face worldwide is the removal of this very profound truth of the primacy of spirit in all our dealings and acts of devotion. The Qur’anic God, exhorts His slaves to purify their spirits in order to achieve the great success and felicity in the other worldly abode of beauty. And one of the greatest examplar of that path, is the prophet Abraham, whose willingness to gave everything to the divine will, became the reason we have tobaski. So, we must enjoy and rejoice in these sacred days of God but we shouldn’t go to extremes in harming ourselves and others in the process. There is no religion in the justification of harm. 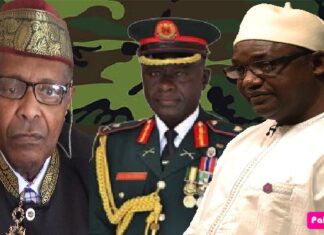