The Standard
39 C
City of Banjul 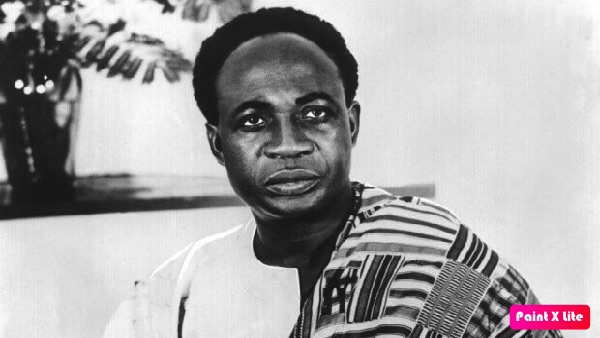 “The dimension of our struggle is equal to the size of the African continent itself. It is in no way confined within any of the absurd limits of the micro-states created by the colonial powers, and jealously guarded by imperialists….” Dr. Kwame Nkrumah

Pan-Africanism is a doctrine, an ideology and political movement which affirms that Africa is unitary and undividable that the artificial boundaries that divide the continent are the criminal results of the notorious Berlin Conference (1884/85), during which European Imperialist Powers illegally shared amongst themselves the Africa and Its People. Hence Pan-Africanism struggles for “the total liberation of Africa and its unification under all African continental socialist government”. This is the unique objective aimed by Pan-Africanis.

As a political and ideological movement, pan-Africanism uses history as our principal guide. This is exactly why it is absolutely necessary to understand African and world history in order to better pose the issues of pan-Africanism in its perspectives.

There are times when official African history commences with the “discovery” of Africa by colonialists, and that of the African Diaspora commences with slavery. These two phenomena would never be linked by our honorable official historians. Indeed, all these are attempts to gag and hijack moves to unify African peoples world over!

Pan-Africanism finds its roots during the African resistances against colonial penetration and domination of the continent, its roots could be found in the revolts in slave-ships across the Atlantic Ocean, same as in the Slave Plantations in the Diaspora; and indeed, in all places and instances where Africans found themselves oppressed. However, it was not until the Twentieth Century (1900) that pan-Africanism will enroot itself as an Organization. Henceforth, we see in each of its strides Africans all over identify themselves for “a free united Africa”

This 1900 pan-African Conference drew worldwide attention and put for the first time the word “pan-Africanism” was coined in the dictionaries.

The Lord Mayor of London addressed the Conference in his Mayoral capacity and spokesperson for Queen Victoria and of The British Prime Minister.

∑ 1919 first pan-African Congress: Versailles side by side the Post First War Peace Conference with the diplomatic advocacy and impressiveness of Blaise Diagne on France and its War Allies.

Despite colonial administrative travel restrictions, visa refusals and bureaucratic harassments amongst other machinations to sabotage the Versailles Pan-African Congress; in the end the meeting gathered over 57 delegates from 15 countries including the US, West Indies, Europe, Australasia and Africa as follows:12 Delegates form the African Continent from Nine African Countries, 16 from the USA, 21 from The West Indies.

Commenting on this First Pan-African Congress Resolutions; The New-York Herald of 24 February 1919 Headline read “From Utopia to Ethiopia” (lol).

However, the New York Times of 22nd February 1919 wrote: “It was the First Congress of its kind in History and it has really impressed the Paris Peace Conference which recommended that “The Black Race has all rights to develop themselves without interference from other Races…”

Whilst “Globe” reported that around Green Tables were seated Negroes in Commissioned USA Army uniforms, and other Black Americans of business orientation, French and other European Negroes of varying socio-economic interests all putting aside their differences in pursuance of the 1900 pan-African Conference objectives.

The merit of Du Bois and his colleagues was to have been able to knit any possible differences.

1921 Second Pan-African Congress was consecutively held in series in the cities of London, Brussels and Paris for maximum visibility impact.

Paul Otter of the League of Nations and La Fontaine addressed the Belgium Sessions at the Palais Mondial; whilst the British Labour Party Leadership addressed the London Sessions held in Central London in West Minister Abbey.

These 1921 pan-African Conference serial sessions enhanced contacts between the Pan-African movement and the League of Nations Leadership such as: Albert Thomas of the International Labor Organization, Mr. Belgrade a Haitian Parliamentarian, Hon. Blaise Diagne, R.L.Buel, Honorable Marcus Garvey, Du-Bois and many others.

1923 third pan-African Congress sessions were held in London and Lisbon.

The 1923 pan-African recognized the role of violence in history, called for the establishment of   African Self Defense Forces, condemned the traffic of alcohol and drugs on African soil and communities the world over…!

The Lisbon sessions linked and twinned the Portuguese Liga Africana as Pan-African wing.

After the 1923 Pan-African Meeting Dr. William Dubois made his first African visit as Extraordinary Minister representing US President Coolidge to the Inauguration of Liberian President King.

This Congress reiterated and reinforced the Recommendations of earlier Congresses particular those of the 1921 Third Congress regarding the use of African forces to free and defend Africa and peoples of Africa as well as to enforce the ban on the sale and consumption of alcohol and drugs on African soil.

The implementation of the fifth pan-African Congress Recommendations to draw the African Liberation road map was aborted by the World economic crisis emergence of Fascist/Nazism tendencies and indeed World War II.

At end of World War II in 1945 a pan-African delegation led by William Du Bois went to San Francisco for the formation of the United Nations Organization that was to replace the defunct 1919 League of Nations.

An ad-hoc meeting in preparation of the fifth pan-Africa Movement was held at the Movement’s Manchester seat from 10th – 12 August 1945.

Some 200 delegates from all corners of the African world: trade unions, businesses, professionals, academics, youths, students with massive presence from the Africa.

Dr. William Sylvester Du Bois co-chaired the first sessions of the 1945 Pan-African Congress with Dr. Millard leader of the Pan-African Branch of Britain.

Millard then conferred Du Bois as Chairman and the “father of pan-Africanism”.

The following amongst others items were on the agenda for discussions in this format:

The racial question: imperial capitalism is by and large racist in nature.

One other working group axed to address crosscutting and general issues.

The General Assembly of the fifth pan-African Congress reviewed and analysed the history of Africa to reaffirm pre-colonial inalienable “African democratic principles as contributions to a modern world.”

Socialism was reaffirmed as opposed to capitalism where the latter was recognised as inhumanly exploitative and racist by its very nature.

The 1945 Congress rejected mechanical importation of alien ideologies to Africa.

After the fifth pan-African Congress of Manchester 1945 Dr. Kwame Nkrumah was commissioned to meet with potential African trade unionists and political leaders.

In his mission report to the pan-African secretariat, Dr Francis Kwame Nkrumah wrote the following amongst others:

“I discussed with these people the issues of African Independence towards A Union of Socialist Republics of Africa. It was clearly evident that we did not have the same conceptual understanding of “free United socialist Africa” though we shared mere meanings of the words and their relevance to the African context. There was therefore no room for myths of African socialism and other Utopian trends”

Nkrumah tactfully left the issues as they were with all of them agreeing to go home and start the liberation motion battle-named “forward ever, backward never”

During the March from Manchester (1945) to Addis (1963) when the OAU founded several and varying liberation strategic and tactical meetings were held some in formal conference halls yet many more in the bushes of Guinea Bissau, Conakry, Sao Tome Principe, Angola, Mozambique, Angola, Namibia, Zimbabwe, Azania, Tanzania, Zambia and many other unknown lieu.

These strategic and tactical combats, meetings and groups converged into three (3) alliance groupings referred to as:

These three groupings joined later to found the Organization of African Unity, OAU, in 1963.

Indeed, the relationship of forces and tendencies between these three groupings and their present-day concomitants within the OAU seem to act as barometer gauging the levels and dynamisms of decisions and actions within the OAU of course, taking into account the prevailing political and ideological interests and dimensions of external AIDS!

Undying love for Mother Africa and all her scattered suffering children the world over!