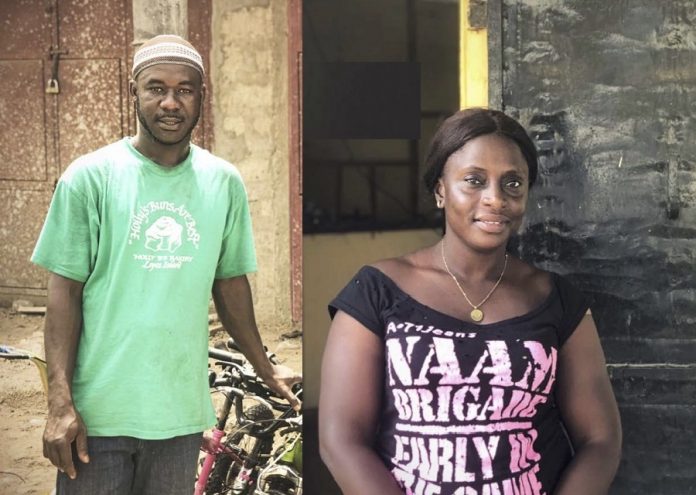 In recent years, social, political and economic conditions led many young Gambians to leave the country on irregular migration routes in search of better lives.
Once in their country of origin, returning migrants may encounter a number of challenges which can impact their ability to readjust to life and reestablish themselves, equally impacting other members of their community. The Joint Initiative aims at enabling returnees to reintegrate through a holistic approach that supports both migrants’ and their communities’ economic, social and psychosocial needs.
We publish the stories of some returnees as featured in the IOM The Gambia – February 2020 Newsletter which has just been released.

‘I am happy to reunite with my family, and
I look forward to expanding my bicycle business’ 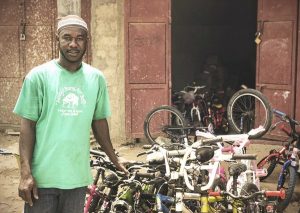 Foday – For two years, I was in [Republic of] Congo doing business. I had a grocery shop there, but I decided to come back home because business was slow. When I returned, I went back to my hometown of Basse and engaged in farming activities. I was desperate. I wanted to get to Europe. Three months later, I decided to embark on the backway journey.
I left in December 2016 and got to Libya in January 2017. I started having financial challenges in Agadez, Niger, so my family supported me. My brother had to send close to GMD25,000 for me to reach Libya.

My main goal was to get to Italy. I tried to cross the Mediterranean Sea on five occasions, but all attempts proved futile. In one of our attempts to cross, our boat had a problem, which resulted in many losing their lives. I will never forget that day. We spent the entire night at sea but luckily got rescued by the Libyan Coast Guard.

Throughout my stay in Libya, I was imprisoned twice. Each time I went to jail, I had to pay a huge amount of money. For two months, I was not able to talk to my family. They thought I was dead. When the opportunity came to return home, I did not hesitate. The situation in Libya is unexplainable—all you face is imprisonment and forced labour.

I returned to The Gambia in February 2018 with the help of IOM. Through the reintegration assistance I received, I started selling bicycles. I got into the bicycle business because I have friends who are in it and are making a living out of it. It is indeed a lucrative one. They guided and supported me from the start, and now I am established. I have customers that usually buy in large quantities and take it to rural areas. When business is booming, I sell about five bikes per day. I wish to expand my business and hope that other partners would come on board to help me achieve my dreams. 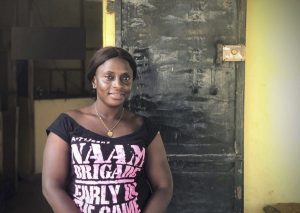 Sirreh – When I graduated from secondary school, my parents had a lot of hope in me. During those years, though, there were very limited employment opportunities in the country. I opened a cosmetics shop, but business was not lucrative, and I had many responsibilities. I was able to save a little from the business and embarked on the backway journey in April 2015, with the aim of bettering my life and my family’s by reaching Europe.
Indeed, it is not an easy route. My money finished when I got to Bamako, Mali, so my family had to send me up to GMD 70,000 for me to get to Libya. In Libya, luckily, I was not sexually abused nor exploited, as others have experienced. However, I was imprisoned four times and my family paid roughly GMD 110,000 for me to be freed. In prison, sometimes we went the whole day without drinking or eating.

After four years in Libya, I really wanted to come home, but I had no money, no passport, nothing. I had no way out until I got in touch with IOM. Coming back home was the best option for me, because life in Libya was a total waste. The country was in chaos, and everyone lived in fear. Sometimes you get attacked from work and all the money you struggled to earn would be taken from you.

I returned to The Gambia on 24 April 2019 and it was amazing to reunite with my family. A lot of resources were wasted on my journey, but everyone was happy to see me alive.
Through my reintegration assistance, I started selling fashion merchandise, such as bags, shoes and clothes. Sometimes, I sell secondhand goods and make more profit. I look forward to expanding my business by having a permanent shop where I can buy and sell goods, fashion merchandise and cosmetics from different parts of the world.

Ousman – I was 16 when I left. I understood my family’s conditions, and I was ready to go search for greener pastures for us. I had friends who had made it to Italy through the backway, so I decided to try my luck. My parents were not aware of my plans; neither were my six siblings. When I left home, the last thing I told my parents was that I was off to play basketball.

The only things I took along with me were a copy of my birth certificate and money that I took from my mother’s wardrobe. I only called my family when I reached Burkina Faso, because the journey was so expensive and I had finished all my money. My father was shocked and angry and asked me to come home, but I told him I couldn’t because I knew the conditions I had left behind. In the end, he had no choice but to send me money he got mostly from loans throughout the journey.

The journey was so hard, but I really thought I would make it to Italy. When I got to Libya, I was arrested for three months and got beaten every day. Once I was freed, I tried several times to cross to Italy but never succeeded. At some point, my father just could not afford to send any more money. He had already borrowed over GMD 50,000 (approximately USD 1,000).

Thankfully, he heard about IOM and contacted them to assist me to return home. My parents were so happy when I came back home because, while I was gone, they said they couldn’t eat or sleep. Through IOM’s support, I was able to go back to school and my family built a shop. After a while, I decided school was not for me and that I wanted to become a tailor. I enjoy sewing and I am currently working for a family friend. Someday, I hope to have my own workshop.