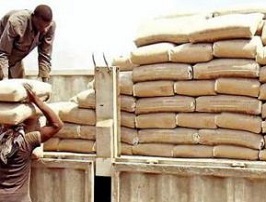 Six months ago, the government imposed an explicably high import duty on bagged cement that was designed to drive away small-scale cement importers from the market.

It is important to re-visit this unfortunate episode of bad decision-making after the dust has settled.

It is also important to revisit this unfortunate episode to highlight the key role of an unsung hero in this sage – Gambia Competition and Consumer Protection Commission (GCCPC).

What also makes this an appropriate time is that the country just experienced another cement shortage, which provides a natural experiment to assess important aspects of the government’s policy concerning cement.

As many of you may recall, at the beginning of this year, the government imposed an unnecessary and poorly motivated import duty on small-scale importers of cement.

The government’s stated position was that the import duty was imposed to benefit the local cement industry, which was demonstrably false since the country does not have any cement manufacturing. In reality, it was a corrupt decision designed to exclusively benefit 3 particular companies (GACEM, SALAM CEMENT and Jah Oil).

During the time the policy was in place, the 3 beneficiaries, particularly Jah Oil, continuously claimed that they had the capacity to supply the whole country, a lie that the government also repeated.

This dubious claim flew in the face of evidence that showed that GACEM, SALAM CEMENT and Jah Oil couldn’t supply more than two-thirds of the country’s cement need. Indeed, the GCCPC had carried out a study that demonstrated this reality.

After intense pressure, the government relented and the import duty was rescinded.

Immediately, the prices fell and the shortage was abated, demonstrating the important role of the small-scale importers.

Even though the duty was short-lived, there is no doubt that the 3 big companies got significant rewards for attempts in receiving special favours. Because, over a period of few weeks, they made huge profits at the expense of Gambian consumers since cement prices shot up by more than 50% in some places.

While a lot of us outside the government complained loudly, more effective were voices within the government. The most prominent that I am aware of is the GCCPC.

The GCCPC had done a study of the cement market well before the Barrow government imposed the import duty.

Instead of making use of that study to get an informed decision, the government went with justifications that were economically illiterate and demonstrably false.

GCCPC then updated their study of the market to demonstrate that the 3 big companies do not have the capacity to supply the Gambian market, despite what they were claiming to credulous officials at the Ministry of Finance and the Ministry of Trade and Industry.

Their analysis showed that up to 60% of the SMEs operating in cement wholesale and retail would be forced to close if the import duty stayed in place.

Many small-scale importers indeed ceased operations briefly when the import duty came into effect. They even brought up lessons that were learnt from a similar duty imposition that was done by the Jammeh regime.

Despite pressure, they did not alter their analysis or backed away from their conclusions. In the end, the government had no choice but to relent in the face of evidence and sound analysis.

Here we are today and cement prices have increased significantly over the past 2 weeks, mostly due to seasonal increase in demand.

There has been a major shortage as many retail outlets have run out of cement.

This demonstrates beyond doubt that the 3 big companies (GACEM, SALAM CEMENT and Jah Oil) do not have the capacity to supply the whole market.

After all, we are experiencing this shortage even with the small-scale importers now having the freedom to import from Senegal.

This situation clearly demonstrates once more that the Gambian cement market needs more suppliers and therefore the government should be striving for greater competition instead of creating entry barriers to the market with the imposition of import duty.

Let’s imagine how high cement prices would have been today and how acute the shortage would be if the import duty had remained in effect.

Imagine the effect on Gambian consumers and the construction sector if GCCPC had not played a key role in that unfortunate saga.

For most Gambians, the role of GCCPC in ensuring that the unfortunate import duty was removed remains unknown.

Hopefully, there are fewer of those people today.