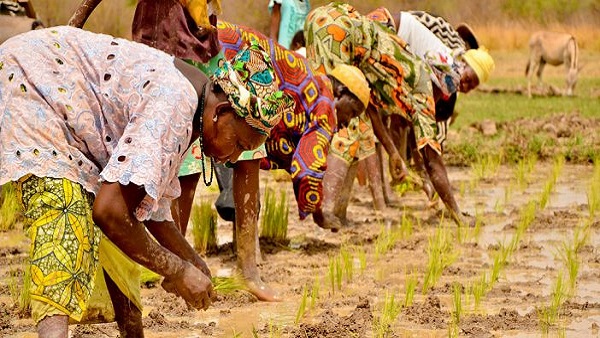 Rice growers at the Jahally-Pacharr rice fields, the one-time hub for rice cultivation in The Gambia have expressed disappointment over the new government’s lack of interest in addressing the plight of Gambian farmers.

Jahally-Pacharr is an agricultural rice cultivation project designed for communities in the Central River Region south famous for its tons of output in rice production during the days of the PPP government. Its production sharply dropped under former President Yahya Jammeh who took ownership of the rice fields and brought it to its knees.
But the farmers who said they thought the new government would take the farm seriously felt disappointed becoming unrealistic.

Ansumana Fatty, a rice grower who walked into The Standard offices on Tuesday urged the government to, as a matter of urgency, help them with running water and tractors.
“We are calling on the government to help us as Gambia cannot continue to live in dreams forever. Enough is enough,” he added.

Fatty said farmers at the site will wage a massive campaign against Barrow in the 2021 presidential election if the government fails to address their plights.
“As I speak to you, we don’t even have water to cultivate our rice. We also badly need tractors because we spend D1000 to plough each hectare which is very expensive,” he added.

He said since Jammeh left office their problems have even compounded.
“We are confident that Jahally-Pacharr alone can feed the entire country if the needed capacity is there, but unfortunately this government has done nothing towards addressing the constraints of farmers. We don’t even have water to cultivate our crops talk less of farming materials.”

He said had the government focused on one of the country’s biggest rice field, “Gambia will soon stop importing rice”.
“We have also written to the Office of the President last February for the Gambian leader to swiftly come to our aid but to avail,” he said.