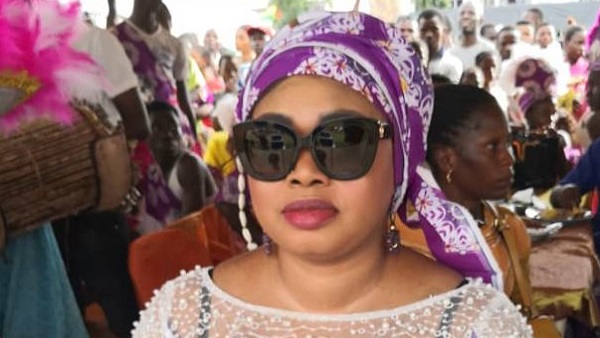 is another’s trash. Generation after generation we experience instances that lend validity to this irrefutable assertion. Realistically, Rohey Malick Lowe distilled it. Her Lordship Mayor Rohey Malick Lowe is a lady of substance with pure soul. As such, she is not an everyday lady. She fittingly personifies purity, humility, compassion, greatness and proactive leadership. Her towering august shadow is amazingly minted by her achievements in office.

Foremostly, Rohey M Lowe never weighed in on rumours about her honesty and passion to dismantle the political patriarch oftentimes reducing her likes to water carriers and that proverbial woman behind a successful man. Despite repeated attacks on her person and leadership by her critics, her steadfastness and proactive leadership rose several octaves in demonstrating women equally possess great leadership qualities. As an au fait proactive and resilient leader, Her Lord Mayor gained more ground in registering development spurs for Banjul. Conscious of the irrefutable fact that knowledge is power and alert to Steve Bantu Biko’s concept of “The most sophisticated weapon in the hands of the oppressor is the mind of the oppressed”, Rohey Malick Lowe launched a Quarterly Newsletter to inform, educate, empower and liberate her people.

Talking about empowerment and education, her officer instituted a robust education programme which availed 200 scholarships to Banjulians attending schools from university level down to other secondary and tertiary schools. The project is birthed to recalibrate the focus of education on enhancing quality education for students.

The programme also incorporated teachers by providing them incentives by localizing the 2030 SDGs agenda.

A meaningful education must be nestled on health. In other words, a population that is unhealthy cannot usher in development spurs. Owing to this, Banjul City Council, under her Lord Mayor’s stewardship, has always been involved in the operations of the largest hospital in the country, the Edward Francis Small Teaching Hospital and the welfare of its patients. Her indelible footprints of generosity are marked by two ambulances donated to augment our struggling health facilities: one in early 2019 to EFSTH and another to the Red Cross Society recently. Another significant health project close to her heart is waste management which the council tackled with practical steps starting with the provision of some 3000 dustbins to each and every household in Banjul. Additionally, she secured a compactor for the waste collection and a sewage vehicle from Nanning City – China to eradicate the suffocating Banjul sludge. In the recent past, Rohey Malick Lowe made headlines on social media with her emotional videos in mitigating, containing and stopping the spread of Covid-19 and its ripple effects within her community.

Similarly, on the heels of a well-established functional Covid-19 prevention programme including the distribution of handwash materials to all the strategic locations in Banjul and institutions, she pioneered the launching of a Food Bank, which targeted the vulnerable residents of the city with food aid to ease their stay-home-and-safe campaign. With these laudable initiatives, Rohey Malick Lowe opened another chasm between the male dominated political leadership and their emerging female compatriots by standing up and confronting the Minister of Works in her backyard on the misappropriate awarding of tender for the Banjul Rehabilitation Project in which she was owlishly snubbed by central government. Many would have been consumed by pride precipitating them to shy away and equally from the project but she rose to the occasion in not protecting her people’s interest.

What is even more intriguing about Lord Mayor Lowe is her resolved passion for women empowerment. Being the first and only Gambian female Mayor energises her to dismantle cultural humps caging women as water carriers for their male counterparts. The birth of Rohey Malick Lowe Women and Girls Empowerment Initiative as her brainchild has financially empowered 45 women groups and 30 individual women to start up and expand their businesses with a D10,000,000 funding. Furthermore, her brainchild sponsored the construction of an abattoir for the Albert Market in Banjul worth D150, 000.00.

The streets of Banjul were littered with child begging for survival and thanks to her Lordship almost all those street kids have now been taken off the streets and placed into formal education. Under her mayorship, Banjul is steadily moving towards regaining her lost glory as a city.

On the personal level, she is a mother and wife shrouded in compassion, humility, loyalty and dedication to family. She could have chosen to be cocky as the only female Mayor but no. Here one is reminded by Michelle Obama that a position does not make a person but reveals who he or she really is. Her respect and equally inter-relation with all and sundry speaks volumes about her person. Naturally, not everyone may appreciate her but her leadership and personal contribution to the welfare and development of her people has favourably placed her in posterity as a woman of substance who fittingly personified the dominant spirit of her era.