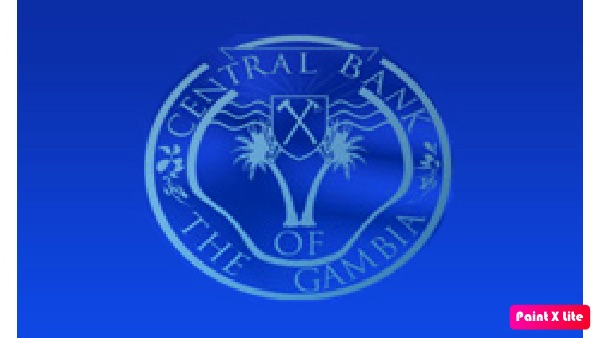 The Monetary Policy Committee (MPC) of the Central Bank of The Gambia met on Thursday, August 27, 2020, to assess the economic and financial sector developments since the last meeting in May and take policy decisions, amid prolonged COVID-19 pandemic. The following are highlights of the deliberations on key economic indicators that informed the Committee’s decision.

Global Economic Outlook
1. The global economy continues to weaken, and the outlook remains uncertain. As the pandemic protracts, the adverse effects on the global economy appear to be more severe and longer-lasting than previously projected. In its June release of the World Economic Outlook, the International Monetary Fund (IMF) has revised downwards its global growth projection for 2020 by 1.9 percentage points to a contraction of 4.9 percent. The uncertainty has created a rise in precautionary savings that weakens private consumption and investment as firms delay capital expenditures.

Real Sector Developments
1. The Gambia Bureau of Statistics (GBoS) has estimated real GDP growth for 2019 at 6.2 percent, lower than 7.0 percent in 2018. Growth was supported largely by the increase in the services sector, construction, as well as improved business sentiments. Economic growth is projected at negative 1.2 percent in 2020, reflecting the impact of COVID 19 pandemic.

2. The Central Bank’s Composite Index of Economic Activity (CIEA), which is a statistical measure of aggregate economic activity, shows a marked slowdown in economic activity in the second quarter of 2020, reflecting weaker demand. The indicators for both foreign and domestic demand weakened due to the impact of the pandemic.
3. According to the business sentiment survey conducted by the Bank in the second quarter of 2020, majority of respondents reported that risks to the outlook remain elevated across all sectors due to the COVID-19 pandemic. Majority of the firms also reported lower capital expenditure, sales and employment.

8. The gross international reserves stood at US$306 million, equivalent to over 5 months of next year’s imports of goods and services. Total foreign assets of the Bank amounted to US$325.4 million in August 2020.

Foreign Exchange Market Developments
9. The supply conditions in the foreign exchange market continue to be favourable and the dalasi remains stable, supported by the higher-than-expected increase in private remittances and the steady inflow of official transfers.

11.The exchange rate remains stable during the review period. The dalasi has benefited from the implementation of prudent policies, higher inflows of private remittances and official inflows from our development partners. Remittances totaled US$307 million from January to July 2020. This trend is expected to continue for the remainder of 2020.

Banking Sector Developments
15.The banking sector remains fundamentally sound with a high level of capital and liquidity. Year-on-year, total assets of the industry expanded by 7.0 percent to D51.8 billion as at end-June 2020. The risk-weighted capital adequacy ratio stood at 35.7 percent as at end-June 2020, higher than the statutory requirement of 10 percent. All the banks are above the minimum capital requirement. The liquidity ratio of the banking industry stood at 93.5 percent as at end-June 2020, also higher than the requirement of 30 percent. Non-performing loans ratio was 4.5 percent in June 2020.

16.The non-bank financial sector continues to play an important role in extending financial services to the low-income population. As at end-June 2020, total assets of the three finance companies expanded by 4.0 percent to D1.6 billion compared to D1.5 billion in March 2020. Total deposits mobilized increased by 5 percent to D1.2 billion during the period under review. Total loans extended increased by 0.06 percent to D309.7 million as at end-June 2020 from D309.5 million a year ago.

17.Mobile money financial services continue to grow both in terms of membership and transaction volumes. Total transactions measured by the deposits and withdrawals from Mobile Money Wallets increased by 34.0 percent from D40.5 million in March 2020 to D54.3 million in June 2020. Membership increased by 6 percent to over 36 thousand during the period under review.

Monetary Developments
18.Money supply (M2) growth slowed to 16.4 percent at end-June 2020 from 24.4 percent as at end-June 2019. Year-on-year, the net foreign assets of the banking system increased by 27.4 percent to D17.3 billion. Similarly, net domestic assets grew by 10.4 percent to D27.1 billion during the period under review.
19.Reserve money growth decelerated markedly from 21.2 percent in March 2019 to 16.8 percent in the year to end-June 2020. Growth in reserve money was driven largely by the increase in the net foreign assets (NFA) of the Central Bank.

The Committee noted the following:
23.The global economic outlook in 2020 has deteriorated since the last MPC meeting and the outlook remains highly uncertain.

26. The growth in domestic consumer prices has been slowing, registering the lowest level of annual inflation since 2012.

27. The continued economic slackness and the expected good harvest this year are projected to maintain the slow growth in both non-food and food prices.

Date for the next MPC meeting
The next Monetary Policy Committee (MPC) meeting is scheduled for Wednesday, November 25, 2020. The meeting will be followed by the announcement of the policy decision on Thursday, November 26, 2020.