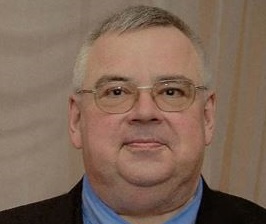 The death has been announced of Sergey Kruykov, the Russian ambassador to The Gambia and Senegal who was based in Dakar.

He died in Dakar Tuesday, a statement from the embassy stated.

The late Mr. Kruykov spent his whole career in the diplomatic field mainly in Africa.

He was one time Russian ambassador in Zimbabwe covering Malawi.

He also served in Mali, Gabon and Madagascar in other capacities and was the director of Africa at the ministry of foreign affairs in Moscow.

He is survived by his wife and two children.

The Honorary consul of the Russian Federation in The Gambia Momodou Lamin Manga paid this tribute: “We have lost a good man who worked tirelessly to build Russia /Africa relations.

He will be greatly missed and we were truly honoured to have worked with him.

Under his purview a renewed engagement of Moscow- Banjul ties was amplified and traits have been visibly fruitful”.

A cross section of well wishers, diplomats and officials attended a memorial service in his honour in Dakar Wednesday.

He will be buried in Moscow over the weekend.