‘FJC and Yankuba’s case is a humiliation to the state’ 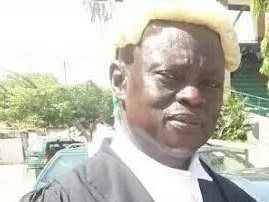 A prominent Gambian lawyer Lamin J Darboe, a former magistrate, has said that contrary to the assertion of the Attorney General and Minister of Justice, the criminal allegation against Yankuba Touray and Fatoumatta Jahumpa Ceesay was not dropped, it has collapsed, and spectacularly so.

In a write-up shared with The Standard, Lamin Darboe said it was not edifying at all for the state to progress with such a hopeless case from the magistrate court to the high court because the star witness Alhagie Kanyi crumbled under incisive cross-examination.

“The self-confessed killer was consistently incoherent, contradicted himself throughout and spoke nonsense to the pleasure of the gallery.

What just deserts for a marauding and lying coward! It was a disgraceful spectacle to watch,” Mr Darboe said.

He added that the Deputy Director of Public Prosecutions was hopelessly outmaneuvered and left drifting in the deep waters of ignorance about the architecture of his irresponsible case and the nature of the witness that he proudly and joyously paraded before a distinguished Court.

”I consulted with some lawyers watching the proceedings and we agreed the case didn’t have a snowball’s chance in hell.

Mr Kanyi was a pathetic witness but those who took the decision to prosecute such a ridiculous case disgraced themselves utterly.

The claim that the State is hesitant to create a new class of victims is utter rubbish not supportable by the journey of this baseless matter thus far.

I reiterate that the case was doomed and would have collapsed had the State not abandoned it,” Mr Darboe concluded.