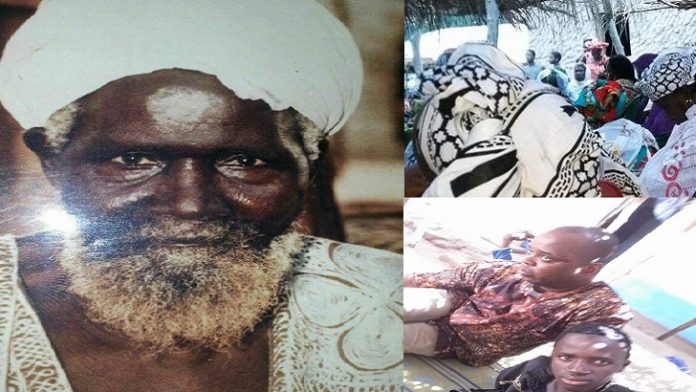 Although he was universally revered as the saint from Bafatá in Guinea Bissau, the Muslim mystic and marabout who came to be known as ‘Kunchumpa’ Fatty was actually named Saloum Fatty and he was born in the Kombo riverine village of Mandinaring, in Kombo North.

He was named after his father who was also called Saloum and who according to records died shortly before baby Saloum’s seventh day naming ceremony.

The orphan Saloum and his widowed mother moved to Kaabu at Maana Jamangto, his ancestral settlement which according to family records was founded in 1185 and where the Fattys are both lords temporal and spiritual as the imams and alkalolu.

Young Saloum studied in Guinea Conakry at Fouta Touba under the tutelage of the Diaby family. Upon completion of his scholarship, he returned to Kaabu and spent time in a few disparate places before settling in Kunchumpa which is a Fulani settlement in Bafata.

Bafatá is a region in north-central Guinea-Bissau with Bafatá as its capital.

Kunchumpa is a small farming community and the inhabitants were mainly non-Muslims.

Fatty had to proselytise and converted many people to the faith of Muhammad.

Over a period, he got fame and renown as a holy man and thousands of devotees from the sub-region flocked to his humble hamlet to seek blessings and prayers.

Fame basically drowned his real name and was simply known by the settlement he lived in.

But fame and the attendant wealth that usually accompanies it, meant nothing to Kunchumpa Fatty.

He was as austere as a desert dervish. Even as a student in Guinea, he would sew sacks and make them into clothes.

And he would carry the Qur’an on his back just like a mother carries a baby on her back.

He detested the materialism of this world and until he returned to his Lord, his dwelling was a thatched conical house with bamboo fence.

Interestingly, he kept a fire burning in his house round the clock every day of the year.

There was never a shortage of fire or amber in his house. One wonders how he manages with the health.

His most treasured gift was the Qur’an which he would announce to his family members anytime someone brought him one.

Saloum ‘Kunchumpa’ Fatty is survived currently by an only son also called Saloum named after him. Saloum Junior is also studying in Fouta Touba.