Dr Ceesay calls for drastic measures to remedy past violations 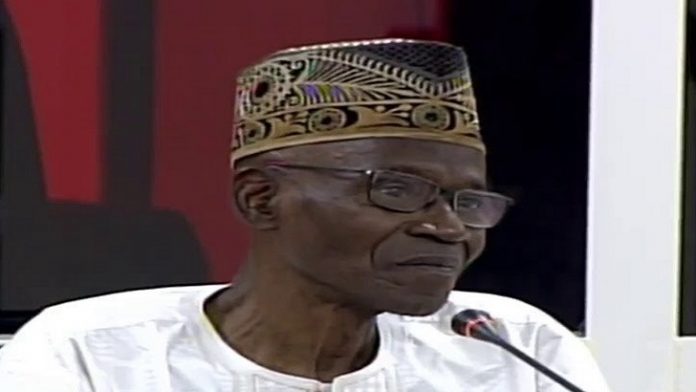 Dr. Sheriff Alhagie Lamin Ceesay, founder of the Kololi Clinic which has been mentioned to have treated victims of the September 1996 ambush on the UDP convoy yesterday told the TRRC that the Commission should have been empowered to do much more than just finding out what happened in the past.

“We were in 20 years of hardship during which a lot of blood has been shed, thousands driven to become refuges, properties confiscated, lives lost and devastated and we are with a commission that is not empowered to do anything, just find out what happened.

There should be judicial angle to the commission.

“There ought to be something to be able to remedy these situations because the guys who benefitted 20 years ago are still running the show and this is the tragedy of it,” Dr. Ceesay lamented.

“For you to complete the things is to identify all the key problems. Everybody sees what the key problem is. Something drastic, and something meaningful has to be done,” he said.

“I was on my way to Banjul with lawyer Ousainu Darboe when we received information that security were brutalizing people at the Denton Bridge,” he said.

According to him the following morning, 119 victims showed up at his clinic for treatment among them two 16-year-old girls, a 60-year-old man from Kiang, and a young man of 27 years.

He said 16 of the victims were women, one of them waspregnant.

Dr Ceesay recalled admitting 12 patients who were badly injured while the rest were both superficial and deep injuries.

He said many had defensive injuries which was an indication that someone was trying to be on the defensive side, thus injuries were either on the lips, face, or arms.

He further detailed that the vast majority of the victims had injuries on their backs which is an indication that the victims were forced to laydown on their face and beaten.

He narrated that a 59-year-old musician was also badly tortured on his fingers and on the chest and as a result he suffered a breathing problem and had a chest X-ray but died a week or two after his discharge.

Dr Ceesay further revealed that in 1997 a 35-year-old man also reported to his clinic after being sexually abused by NIA agents. He said the man was arrested by the NIAs on June 9, tortured on June 11, and visited his clinic on June 13.

”The man was stripped and
his sexual organs pressed against the wall resulting in a very bad injury,” he said.
He also recalled another five patients who after being assaulted by the NIA, one of them ended up using clutches.