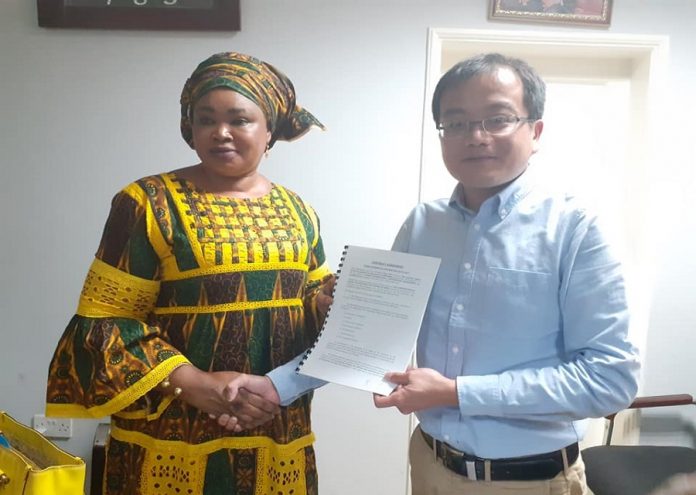 The Banjul City Council (BCC) and Gamworks yesterday signed a contract for the construction of a center of excellence for the youths of Banjul.

Speaking at the signing ceremony the mayor of Banjul Rohey Malick Lowe said the initiative is part of her promise to the Banjul people.

“This means a lot to me and it will benefit the youths of Banjul and bring them much closer together which is very dear to my heart not just as mayor but a mother,” she said.

She added: “The BCC team is now very active because since Banjul is the capital city of Gambia it is everybody’s business to check what facilities it has and what is good there.

This is why I am always on my feet trying to make the city work for all Gambians because all of them have a stake in the city since it’s their capital.”

The Mayor said she is very confident that Gamworks will deliver a very good work.

James Gomez, an official of Gamworks expressed gratitude to the mayor and her team adding that the work is expected to be ready in 8 months time.