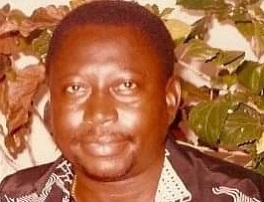 Sammy Lai Mboge was to Gambian Tourism what Richard Branson is to Low Budget Airline by way of Virgin Atlantic.

Sammy hailed from one of the biggest extended family (Jarga Njie) in Banjul. He was the son of Fatou Chekeh Njie and Ansu Mboge of Sam Jack Terrace and Lancaster respectively.

The story of Lai Mboge aka Sammy is an inspiration to many because he was a self made entrepreneur who has lifted many out of poverty by giving them an opportunity in his hotels to work.

He was well travelled and highly educated. Sammy sailed from Dakar in 1963 and worked as a seaman for two years.

He disembarked in Marseilles in 1965 and headed to Sweden.

Whilst in Sweden he furthered his education by venturing into Hotel management.

All his professional life was spent in an industry he grew up under.

He had stints at Vingressor, SunWing before he ventured into his own hotel business.

I can safely say that Sammy is one of the most experienced hoteliers in the Gambia.

It was no coincidence that his closest associates Ardy Sarge and Samba Batch Fye are products of the Tourism sector. These people are the Doyens of tourism in the Gambia.

Gambia has lost an illustrious son who gave a lot to society due to his humble beginning.

Equally the clan has lost a great son who cherished blood ties and kinship.

Sammy was not only my uncle but a dear friend who despite my young age consulted me with regards to his business decisions.

I am forever grateful for trust and confidence he bestowed on me.

I am too young to remember his childhood cos I wasn’t conceived at the time but am told that he was a pet child of Mam Isatou Sey of blessed memory (his maternal grandmother) and his uncle Alhagie Papa Njie aka P.O. Njie. Lai was well loved and admired by many for his sense of style, generosity and sophistication.

The legacy of Lai Mboge will live on as he is survived by children with an entrepreneurial spirit. Jarga Mboge aka P.O. Mboge has done considerable transformation of his father’s business empire since he took over the helm of management.

I am proud of my cousin and brother for all that he has done in furtherance of his father’s business. Sammy is survived by a loving wife and friend Sainabou Bah.

Sai is a phenomenal woman who supported Lai in all his endeavors by being his number one fan and cheerleader.

We are grateful to you for the love and affection you exhibited over the years.

To my aunties Haddy Mboge and Ida Mboge, I extend my heartfelt condolences to you on the demise of your brother, my uncle Sammy Lai Mboge.

You guys are not alone in these trying times. May God give us the courage to carry on. May his soul rest in peace.

Adieu Uncle Lai and so long.

You have surely left an indelible mark in the sands of time.

A true patriot and a believer in family.

Fly away home to the highest of heavens.