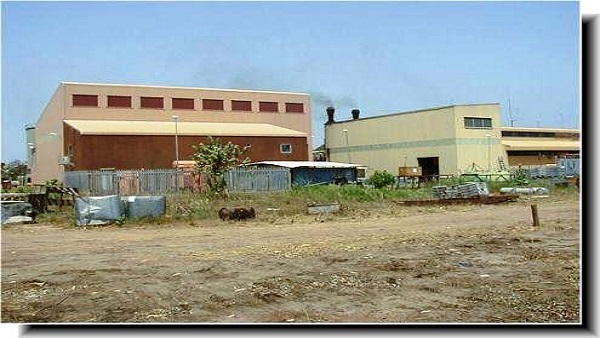 After a yearlong effort to recover monies owed them for clearing the Nawec station in Kotu failed, two Gambian youths have now resorted to the media to gong the authorities of the country’s water and electricity company into settling them.

Last year, Muhammed Sanyang and Mahmoud Sanyang were among four youths contracted to cut grass and shrubbery at Nawec Kotu power station as well as to cleanse oil stains.
The other two men have reportedly travelled to the United Arab Emirates, after being unable to get their payment from the utilities company.

The two Sanyangs, who walked into our offices last week, alleged being owed D200,000 and want Nawec to pay them without further delay.

Faye Sanyang, a senior Nawec staff admitted that the four men are owed but was quick to add that this was a normal practice at the electricity and water company.
“Indeed, I facilitated their contracts to help clear Nawec Kotu power station but the amount that they are claiming is not the right amount,” he stated.

He went on to explain that the D200,000 that the complainants claim is for the clearing of four Nawec stations, including the one in Brikama.

The two Sanyangs said they have made numerous attempts to get paid for whatever amount they are owed but numerous promises by Nawec to pay them did not materialise.
“It is true that we couldn’t pay them because the payment has to conform to procedures but we are making every effort to settle them,” Faye Sanyang explained.
Muhammed and Mahmoud insist Nawec has shown no keenness in compensating them for their work.

“We are appealing to the Nawec authorities to pay us our monies now. This has become unbearable. We have waited for far too long and we are in serious need of money right now,” one of the complainants told this medium.

On Monday, The Standard contacted Nawec spokesperson, Pierre Sylva, who said it has never been a normal practice at his institution for payments to be delayed for sometimes a year.

“It [undue delayed payment] is not a practice at Nawec. It is not to my knowledge that such things happen at Nawec,” he added.