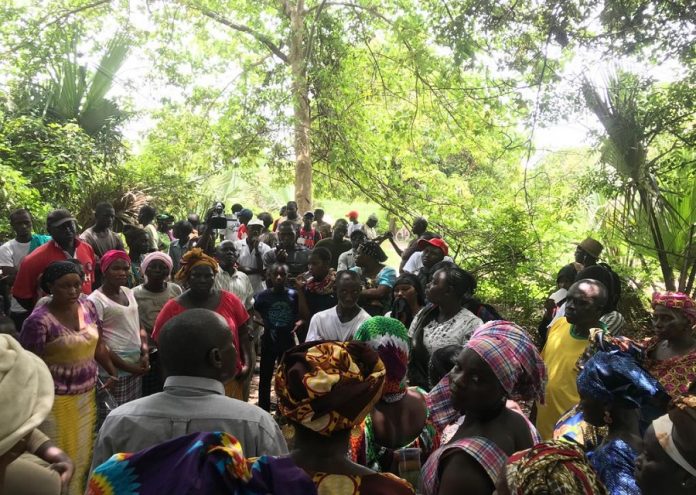 The event attracted a massive turnout.

Karamo Alasana Camara, chairman of the association underscored the importance of the Sutuba forest to the people of Brufut and the country at large.

He said his association’s objective is to preserve the flora and fauna provided by nature.

He reminded the gathering that apart from its natural usefulness the forest also generates income through monies collected from bird watching visits by tourists during the tourist season.

Five different species of trees were planted on the day purchased from funds donated by the Brufut Diaspora Association (BDA).

There were other donations from Alkalo Malamin Kajorr Manneh, Lamin Jawara in the UK and Lamin Kebba Jammeh in Switzerland.

Other speakers including Jimbang Sarjo, Dr Ahmad Manjang among others inspired the crowd to take tree planting as a good activity.