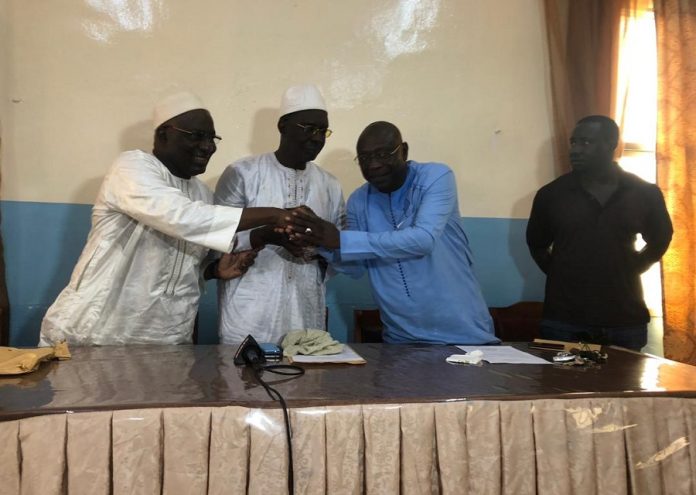 Alhagie Salifu K Jaiteh, the Proprietor of SK Jaiteh and Sons on Saturday presented D70, 000 to the Bansang Hospital at a ceremony at the facility.

The money is intended for repair work at the Labour Ward of the hospital which has over many years been sponsored by Mr Jaiteh.

Speaking at the ceremony, the chairman of the Janjangbureh Area Council Ibrahima Janko Sanneh, described Mr Jaiteh as a good citizen who is committed to improving the welfare of women and children and vulnerable people.

“Donating to maternity unit means donating to humanity because what happens in this ward is the beginning of humanity,” Sanneh said.

Addressing the gathering, Salifu Jaiteh thanked the CEO of the Hospital Baba Jeng and staff for taking good care of the hospital in general.

He recalled that it was in 1996 that he first started to be involved in assisting the Bansang hospital Labour ward.

“It has been a long time but I have always remembered that memorable day when we gathered here to inaugurate the ward.

I have since been inspired to continue with that spirit and that’s why I decided to come with this token,” he said.

He thanked the Chairman and staff for working in the interest of all without any regard to political affiliation.

He assured Mr Jaiteh that they would love to work with him to achieve the mutual desire to make the labour ward a fitting place for deliveries and other maternal care.