Socialis for The Gambia celebrates 20 years of providing free education 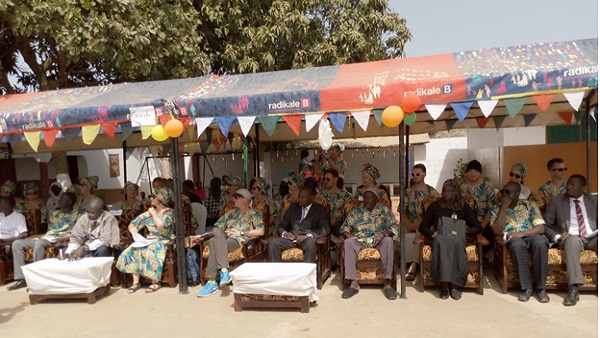 Socialis for The Gambia, a German charity in The Gambia organised an event last week to celebrate “20 years of providing free education” to Gambian children.

The charity has been operating and running the Sannehmentereng Kindergarten and Lower Basic schools for two decades now in Brufut, Ghana Town.

Established in 1999, the administrators said the school has been complementing Government’s efforts by providing “completely free” education for all its pupils.

Currently, the school has 650 pupils in its nursery and lower basic schools who they said are also benefitting from skills aquistion initiatives being provided by the school.

He reminded students and other dignitaries of the old adage that “education is paramount to one’s life and without it there cannot be any meaningful development as knowledge is [the] strength of humanity.

“The importance of providing such a conducive learning environment for children under the supervision of well-seasoned teaching staff cannot be over emphasised,” he noted.

The Headmaster also called on students to make “a thorough exploration” of the opportunities accorded to them, urging them to “abstain completely from the influence of drugs and other social vices that would hinder their progress or school careers”.

Giving a detailed background of the school’s history, he said the school started out as a nursery and developed to include a lower basic school “due to the continuing high demand from parents wishing to secure a place for their children in the school”.

National coordinator of Socialis for The Gambia, Hatab Beyai, explained that the Charity was founded by a German lady whose aim is to provide basic free education to Gambian children.

He said the lady, Brigitte Flick, was on a holiday in The Gambia at the time and saw the need for such “noble venture”.

“Because of what she saw she decided to form a charity,” he disclosed.

He stated that since “education is not a preparation to life but life,” Socialis for the Gambia saw it as a fundamental right of every child to have access to quality education.

“Our ability to provide free education here in the Gambia was made possible and successful over the years through our members’ contributions and donations from other individuals and organisations in Germany.

“It is through commitment and dedication from our association’s members and staff that makes the school grow from two classrooms 60 pupils to where we are today with an enrollment of over 600 pupils for both nursery and primary.”