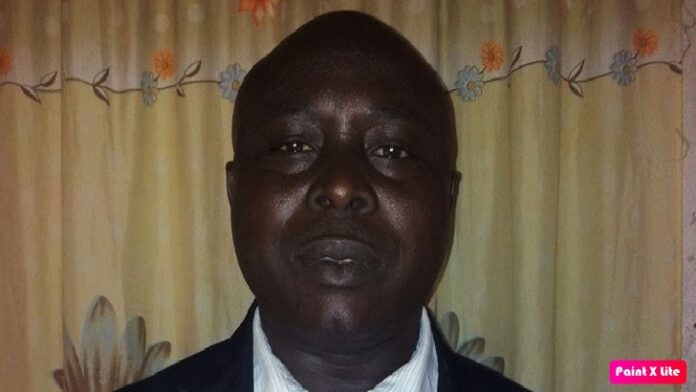 One of the NIA officials standing trial for the murder of activist Solo Sandeng, yesterday testified before Justice Kumba Sillah-Camara of the High Court in Banjul that Sandeng, a UDP youth mobilizer who died at the NIA premises whilst under detention, was buried on executive order.

Sheikh Omar Jeng disclosed that it was around 4:00am on 15 April, 2016 whilst he was sleeping in his office on a mattress when the 8th accused person; Lamin Darboe knocked his office door and informed him that he saw what looks like a lifeless body outside the investigation department.

He testified that he followed Lamin Darboe to see the body which he identified as Ebrima Solo Sandeng, lying on the grasses in the investigation department.

Sheikh Omar Jeng said Solo Sandeng was wearing a boxer and when he called his name severally, he didn’t respond.

He told the court that he took the scarf that he tied around his neck and placed it over his mouth and blew some air in, trying to resuscitate him but observed that the air he blew into his mouth was making wheezing sound like someone who has asthmatic attack.

The accused person told the court that he called several guards, including Lamin Darboe (8th accused) Yusupha Jammeh who was earlier discharged by the court, Yankuba Jallow, Sheikh Tijan Camara and Bala Gaye who were prosecution witnesses in the case to help move him to the guardroom and was placed under the fan and covered with clothes.

Jeng further told the court that he called the then deputy director of the NIA, Louise Gomez to brief him and then the 1st accused person; Yankuba Badjie who instructed him to summon the medic, the 9th accused person, Lamin Lang Sanyang.

The accused revealed that he got a vehicle to pick the 9th accused in Brikama who arrived and examined Solo Sandeng.

Sheikh told the court that after the examination, it was disclosed that he was dead.

Sheikh Jeng further told the court that he called the 1st accused, who asked him to hang on and that he needed to contact his boss, President Yahya Jammeh.

Sheikh Jeng said the 1st accused later got back to him and instructed him that there was an executive order that Ebrima Solo Sandeng be buried.

He revealed that following the 1st accused person’s instruction, he mobilized some officers and drove to the NIA coastal command around Tanji and buried Solo Sandeng there and he personally led a ‘Janazah’ prayer for him.