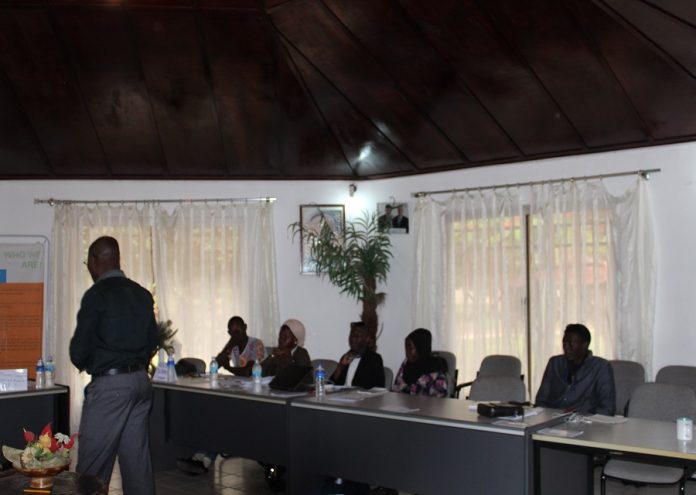 The two-day program on vulnerable children and children in alternative care ended at the SOS’s national office in Bakoteh.

It discussed ways on how best the organisation can partner members of the media in championing and reporting accurately on the promotion and protection of the rights of children and issues underpinning them.

More than a dozen journalists from the print and electronic media took part in the seminar.

The Gambia is a signatory to a range of international treaties which deal with children’s rights including the Convention on the Rights of the Child and the African Charter on the Rights and Welfare of the Child.

The Children’s Act of 2005 also calls for greater protection to children as a special category.

Under these international and domestic legal instruments, the country is obligated to ensure the rights of children are promoted, protected and fulfilled.

“Unfortunately, children are still at risk in The Gambia,” Mariatou Sallah, the national director of SOS Children’s Villages The Gambia, told journalists.

“They are exposed to abuse, exploitation, violence, neglect and discrimination,” she added.

She called on journalists to scrutinise the efforts of duty bearers and people who violate children’s rights, particularly their protection needs.

The movement is said to be the world’s largest non-governmental organisation focused on supporting children and young people without parental care, or those at risk of losing it.

“Journalists are the eyes, ears and the voice of the public,” Madam Sallah said.

She said the way in which the media represents, or even ignores children, can influence decisions taken on their [children’s] behalf and how society regards them.

“It is important that media professionals not only expose the plight of children or the violations of their rights, but to also ensure that news reports or stories do not aggravate the situation of children that they that they intend to draw attention to or put them in any state of danger,” she added.

Speaking further, Madam Sallah said she agrees that satisfying the public’s right to hear stories about and affecting children and at the same time respecting their rights to privacy and dignity “is a delicate and difficult balancing act”.

“Journalists reporting on children are confronted with ethical dilemmas of an extraordinarily complex and diverse nature,” she said.

It was against that backdrop that this seminar was staged to better place journalists to report accurately on child rights and protection issues.

The training was coordinated by Almami Barrow, a national child rights and advocacy coordinator for the SOS and Lamin Fatty, the national coordinator of the Child Protection Alliance, CPA.

The training was interspersed with various lessons and presentations on children’s rights and issues.