Rotarian scales Daubenhorn to raise money for charity in Gambia 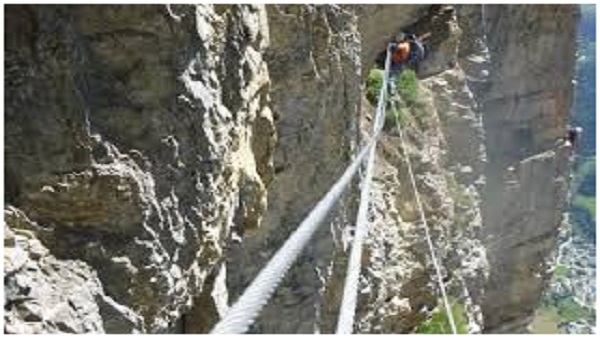 A peak in Switzerland which tops out at 2941m has been scaled by a Banbury Rotarian in order to raise money for a charity in The Gambia.

Andrew Fairbairn from Banbury – a town in the UK – along with friend Jem Wilton scaled the Daubenhorn near Leukerbad recently during an eight hour technical climb.

Andrew said he did it to raise money for the Katharine House Hospice and a school project in The Gambia.

Three years ago the Rotary Club of Banbury along with the Rotary Club of Tonbridge engaged in a project, spearheaded by husband and wife team Andrew and Marilyn Fairbairn, to fund a borehole at Prospects Upper Basic School in Mariama Kunda Village – The Gambia.

The installation of a borehole meant better quality water reducing health risks to pupils and staff.

Now the school is expanding and has a two-storey building under construction which Andrew is raising funds for.

The project is being overseen by the Rotary Club of Bijilo and the ground floor and some of the walls are in place.

The next step will be the construction of a structural concrete floor of the second storey to act as an interim roof over the three classrooms and examination hall to make it useable in the rainy season.

The school had earlier sourced a donor offering 50 per cent of the funds for this phase but that donor has withdrawn.