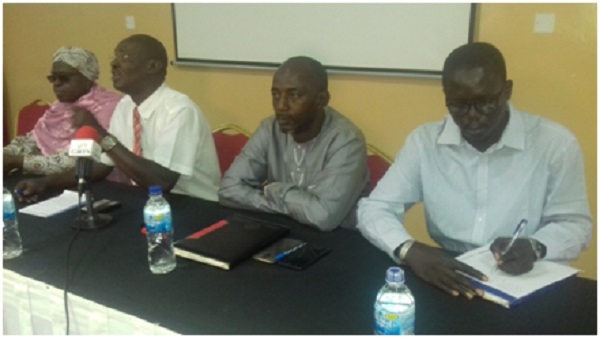 The forum was organised at the NaNa Conference hall, and more than 55 stakeholders took part. It was funded by the United Nations Environment Programme’s early warning project.

Sering Modou Joof, the deputy executive director of the NDMA, said the convergence was designed to look at critical issues in disaster risk reduction.

He explained that the platform is a new concept brought in by the United Nations International Organisation for disaster risk reduction, after it found that it is necessary to have a forum or a committee that will be sent to play a role in helping agencies etiquette their mandate as expected.

“The platform was launched in The Gambia in 2011, by the former vice president Isatou Njie Saidy, and Gambia was the first African country to have such a platform and all other African countries learned from how Gambians organised themselves to put on such a good practice,” he said.

“Along the line the operation of the platform has not been forthcoming as expected and as an institution we felt it is necessary to inject more blood in the system to ensure that we have people who will be so dynamic and to be proactive in ensuring that the task bedsore on such platform is seen to be happening.”

He tasked participants to look for ways to continue funding such activities, reminding that donors UNEP’s project is fast-approaching its end this November.

“The platform should provide coordination and make analysis to advise people on issues related to disaster risk reduction and climatic change adaptation.”

He told stakeholders that “this platform must not be dormant.”

“With all the infrastructure and amenities developed, if issues of disaster risk reduction and climate change adaptation are not captured from the onset it will be difficult for us.”

Alagie Manjang, deputy permanent secretary at the environment, was among the speakers.