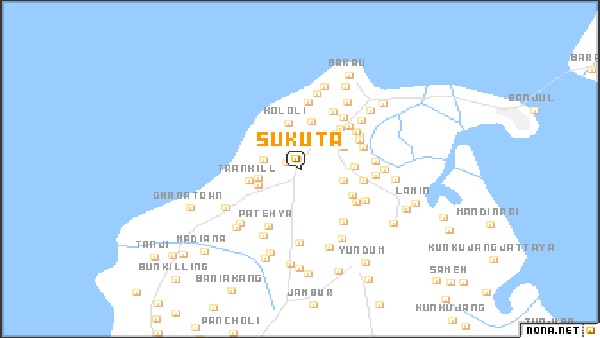 Hundreds of people from Sukuta yesterday turned out at Salagi to assert their tenure over the land and asking the government to keep away.

The protesters including young and old, claimed the government of former president Jammeh, appropriated swathes of their lands in Brusubi, Nema-Sukuta and Salagi.
They said after a long battle, they reclaimed some of the tracts which they divided between traditional original land-owning clans who allocated plots to family members and some of which have been developed.

They said they were relieved that the matter was resolved only to receive a visitation last week from officials of the Department of Physical Planning who distributed letters demanding the halt to all developments and vacation from their homes as the said land purportedly belongs to the government.

One of the protesters, Saikou Bojang, said he has been living in his compound in Salagi with his wife and five children since he developed his allocated plot until last week when officials from the Ministry of Lands and the Department of Physical Planning gave a letter to his wife instructing that they demolish his house and move out. “They said if I fail to do so, they will be left with no choice but pay someone to do the demolition and which cost I have to refund, since I did not have clearance certificate to build my house,” he narrated.

“But I acquired all my land documents and I have been living here for years. How can I demolish my house because of a clearance? I am not doing that and anyone who brings down my house, make sure you kill me or I will kill that individual. This land on which I built my house belongs to us and it was given back to us and we will die defending it,” Bojang asserted.

Lang Boy Jola, famous music promoter Lamin Cham and Ousman Bojang all expressed similar sentiments.
The aggrieved Sukuta people vowed to continue their protest next weekend.
Officials at the Ministry of Lands and the Department of Physical Planning were no available for immediate comment over the weekend.