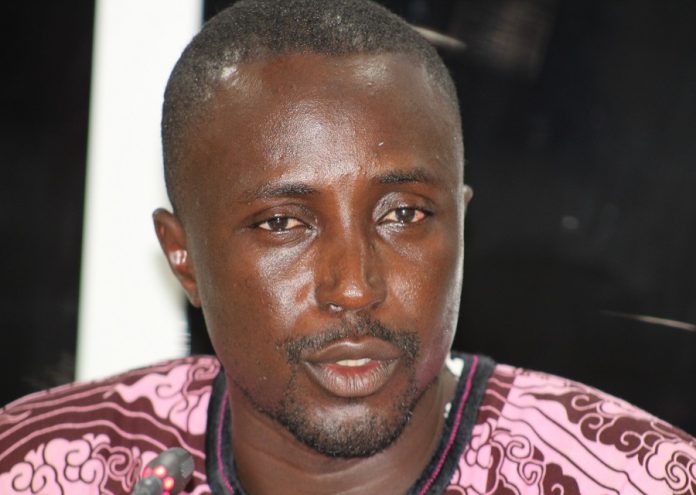 After several adversed mentions for abusing prisoners, Inspector Malang Tamba yesterday owned up to the multiple torture of inmates at the Mile 2 Prison.
Tamba, 36, is part of the six correctional officers suspended by the prison administrators pending ongoing investigations of the TRRC in relation to their alleged involvement in the torture of inmates.

In his testimony yesterday afternoon, Tamba admitted taking part in the maltreatment and torture of lifers Soriba Condé, Lamin Jah and Fallou Ceesay.
According to Tamba, his encounter with Ceesay, a prison tailor, came after he harassed a female prison officer.

“When I called him in my office, he confessed to it but insisted that he shared a romantic relationship with the female prison officer which I found to be inaccurate after conducting my investigations,” Tamba stated.
He said as a result he administered 15 lashes on him purportedly allowed by the Prisons Act.

He claimed he acted “to save the inmate from a more severe torment” as Ceesay would have met a worse fate had he forwarded the matter to the prison authorities.
Asked by TRRC lead counsel Essa Faal why he failed to observe the provisions of the law before unilaterally acting to torture the inmate, Tamba said he “did it thinking that it was the best option”.

On the torture of inmates Jah and Condé,he said the two were the ring leaders in prison riot that resulted in an attack on his former boss Ebrima Jammeh dubbed “Chief Torturer”.
He said Jammeh ordered for the “sealing” of the two which prompted Condé to lacerate his skin.

According to Tamba when he inquired from Condé what happened in the fracas with Jammeh, Condé threatened him that he will create a problem for him like he did with former IGP Ensa Badjie and a prison commissioner who were sacked.

“He was beating his chest that he dismissed a commissioner and also helped corroborate the sentencing of Jesus to life in prison. I felt that was an offence and I proceeded to punish them so that he would not do what he promised.”

Tamba who is expected to continue his testimony when the commission resumes today apologised to his victims and pleaded for forgiveness from them.