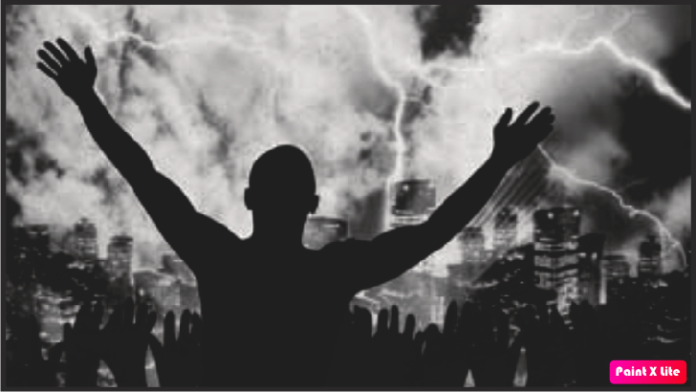 When I was a kid, there used to be an old preacher who would always say, ‘sometimes you don’t need to die to know some of the things that lie ahead in the next world. If you are observant and follow up with time, you will be able to connect the dots.’

I have long being a staunch pessimist about the future of this country. It’s not that I don’t want a progressive Gambia, but to me, the future is being raped broad daylight. The only time we united and won as a nation was in 2005. Yes, the U-17 of Modou Ceesay and Ousaman Jallow. I don’t know the tribe that Modou Ceesay belongs (we have Ceesay in both Wolof and Mandinka) but him and Ous put away tribal difference to lead a country that was at a threshold in football. They announced their presence on global stage by beating the mighty Brazil of all people. That was the star-studded Brazil of Marcelo and Denilson.

That was in sport. But in politics and other contentious national issues, it’s different. We seem to be under a political curse. Some of these curses are true. Ask Benfica fans about the curse of Bela Guttman; since 1962, they cannot win a European title. Those that witnessed 1981 coup owe us an explanation. When all other countries are developing, this country, which can perhaps be a street in America, does not even build the foundation.

But like I always say, ‘we should not be surprised.’ We are all integral players of the system; the system that’s leading us to a stark failure. We cannot only be putting the lion’s share of the blame on our leaders because they are cut from the same clothes with us. In as much as we have leadership deficiencies, we also have followership problems. When shall we stop blaming our leaders- the chosen ones and those that we handpicked? Maybe when we also reach that round table! Because we have accepted that it’s rude for one to be speaking whiles eating. The queue is long. Those at the verandah will soon stop complaining when the aroma finally reaches them and they hoped that they will make it to the dining table. It’s a show of “giraffing” into the main room; if you recognise anyone and you whisper the name to be squeezed inside. Even if you have a place on the floor is fine with you. If your colleagues sitting outside do not “fit in” is their fault for not being “connected.” It’s a taboo to poke your nose into the affairs of he who gives you a space on the floor. Even if he says his “poo” is yours, you will be quick to tell him let me wash it for you.  His wrong is always right.

Architects of our own misery! I choose misery instead of failure because Amadou Ceesay said to brand The Gambia “A failed state” is harsh. We are always given the leverage to gauge the competence of the people who should govern us but we chose to focus on trivial issues. It’s either tribal politics or myopic individual interests. In fact, there is no politics in this country.

It is ironical that the man whose campaign platform was to deliver us reforms becomes the obstacle for his own promises. If you think that’s not a sign of a “cursed state” then we need another reality checked.

None of the campaign promises had been fulfilled. Janneh Commission was a selective justice, the fate of the Truth and Reconciliation Commission is under a microscope. The once promised messiah, the prospective savior of a Crumbling Nation and yes, the “bus driver”, is driving us to nowhere. Wait, what about our free Wi-Fi in Brikama? Was that not part of the promises? Maybe, before the end of the year, we will have a router. I will settle for a pocket router.

We know the rejection of the draft constitution is a big blow for our hopes of a better Gambia; but if we can “kill” the lion against the odds in 2016, why not now? We don’t care whose arrow put the lion to the ground because the hunter from Mankangma Kunda said it was his. I can also beat my chest and say it was me and I won’t be wrong because I did not run to Senegal. We need to dust off ourselves and prepare for the bigger battle in 2021. For the 2021 election will certainly be a defining moment. The making of decisions that will either make or break this country. We have reached at a crucial stage where politics should not be left in the hands of opportunists and mediocrities. Like one of my “kotos” will say “grade sixes” and “grade twelves”. I don’t know who’s the new grade six graduate. The last time I checked, it was David Colley. Okay, I remember Dou Sanno; a candle without light trying to light another candle. When shall we walk out from the dark?

In 2016, we wanted anybody apart from Jammeh and failed to prepare for life after him. Today in our corners, we murmur that it’s even better we leave Babili there. But I am afraid after 2021, if we won’t be staying, “nko Barrow is even better than” when we have a new leader. I don’t know what is wrong with this country. It is not the country but its people. Not everybody but the so-called educated elites. The poor farmer in Kunting is innocent. He can only differentiate the colours of the ballot box. Sometimes you ask if we had angered the gods of politics.

A staggering amount of 116 million Dalasi has been swept under the carpet. The energy and resources that has been put in to usher us a third republic becomes futile. Though, I have swallowed my basic mathematics, but a simple division of that money to a population of less than 2 million. I am just imagining. But in reality, I would have the financial wherewithal to buy money. Yes! I will literally buy money. And my Fula friend, Mr. Alpha Omar Jallow said he will buy another wife. I don’t know what Fulas’ obsession with many wives is. But didn’t Halifa Sallah warn them? I don’t “trust” that man with his usual white kaftans in that room. He seems to be an oracle. Before we squander another million for the next election, he should foretell us the solution. Because anytime we made a decision; it backfires on us.

For more than fifty years, we have been victims of poor decision making and the latest drama at the national assembly was another unfortunate one and will always be remembered for the wrong reasons. When the speaker casted the final dice; you could see faces of different interpretations. It was like a day after the Judgment; you reap what you sow.

Kalipha Jabbi alias Karl D Poet is a student at the University of The Gambia. He is a prolific Poet, online reporter and a blogger. His greatest passion is writing stories about the rural-poor a

By Foday Samateh   Readers and reviewers, and yes scholars, will have much to say about the book Hope Is Not Dead. To me, Dr Aminata...
Read more
Book Review

By Sainey Darboe From the title of the book,'Never Doubt'...one might be forgiven for nurturing aspirations of living by its meaning. But the experiences of the...
Read more
Book Review

By Madi Jobarteh Demba lived a difficult life nonetheless in Banjul; hunger was his constant companion. Without parents around and with poor guardians, DA had...
Read more
- Advertisment -