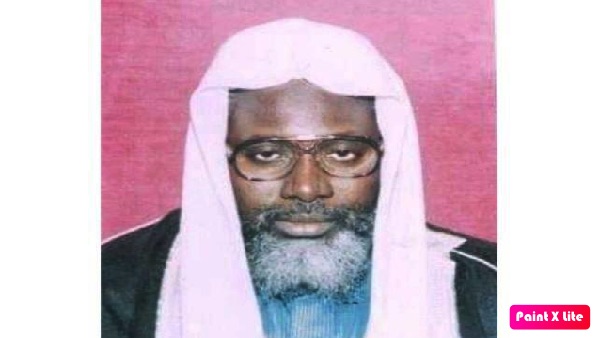 “And worship your lord until there comes unto you the certainty (i.e.  death)” Is one of the various ways in which the Quran asserts the certainty of death. On the 23rd of April, 2013 will certainly go down the history books as a sad one, as the country lost one of her best sons, Sheikh Gibril Kujabi.  His Islamic knowledge, wisdom, and eloquence has inspired a whole generation.

Sheikh Gibril Mahdi Kujabi commonly known as Sheikh Gibril Kujabi is a native of Foni. He was born in 1946 in a village called Kanwally, in Foni Bondali district, west Coast Region. His father’s name was Mahdi kujabi and his mother Mansata Tamba.

According to his family sheikh Kujabi started his early life and education in Foni where he started with Majlis education. Later in the 1950s a scholar named Sheikh Hassan Jallow from Casamance visited their village. It was during the early days of his life, when Hassan took him along.  His intention was to give Sheikh Gibril kujabi a good start of education by taking him to Casamance and teaching him at his “Karanta” or “Majlis”. He was with sheikh Hassan in Casamance for decades learning the Quran and other Islamic teachings. He was given an opportunity to go through various Madrassas from one region to another.

Upon his return in the early 1970s, Sheikh Gibril Kujabi was enrolled in Tallinding Arabic institute where he was among the first students at the institution. He started his primary education there before getting a scholarship to study in Saudi Arabia.

Tallinding Arabic Institute is the first formal Islamic institute that gave students the opportunity to learn the Quran, sunnah and other Islamic principles in The Gambia. The school is well known for its excellence as it produced thousands of talented Gambians who are in all walks of life serving in different portfolios. It was from this school that the Shiekh emerged in 1982, with a scholarship to study in Saudi Arabia, from secondary school to university.

He obtained a degree in ‘Dawah’ with a very good grades. He also bagged some certificates in his area of specialization. Having bagged a well coveted degree in ‘Dawah’, he decided to come back and embark on his protracted journey of promoting Islam and Islamic education. He started teaching in Tallinding Arabic institute where he was also responsible for students’ affairs. He played a critical role in transforming that institution to become the finest in terms of Islamic education in the whole country. He was widely admired by many due to his selfless services to the nation. Sheikh Gibril Kujabi stood up for many and fervently endeavoured to see that they succeeded in their paths.

He was among the executive members of the Islamic Union that was responsible for students’ affairs. He had good relationships with his students’ and his compatriots. He served as the second vice president of The Gambia supreme Islamic council under the stewardship of the late Imam Banding Drammeh. They worked to build a vibrant Islamic Council in the Gambia.

During his leadership, Islamic Union had secured scholarships for thousands of students to study in their various fields of speciality. Sheikh Kujabi was also the Imam of Tallinding Arabic school Mosque.

He also trained some of his students in public speaking, leadership, and sermon delivery. The Imams he groomed include, but not limited to, Sheikh Kebou Cham (Imam of Tallinding), Sheikh Kemo Saidykhan, Imam Bakawsu Fofana (Moribaa), Sheikh Omar Faba Giteh, Sheikh Kemo Fatty (secretary of the Islamic Union).

According to his close associates, Sheikh Gibril Kujabi was frequently invited to many Islamic conferences in the Gambia, Senegal and Guinea Bissau. He was among the most outspoken Islamic scholars in the region. His students describe him as a man who treated everyone equally irrespective of tribe, age, or other considerations.

His great leadership qualities that he was endowed with were manifested throughout his career. His demise left a huge void in the hearts of his loved ones. He was laid to rest on Wednesday 24th April 2013 in Tallinding.

Basiru O. Ceesay, a Graduate in Development Studies, University of The Gambia