The Government’s bad faith with the Janneh Commission report 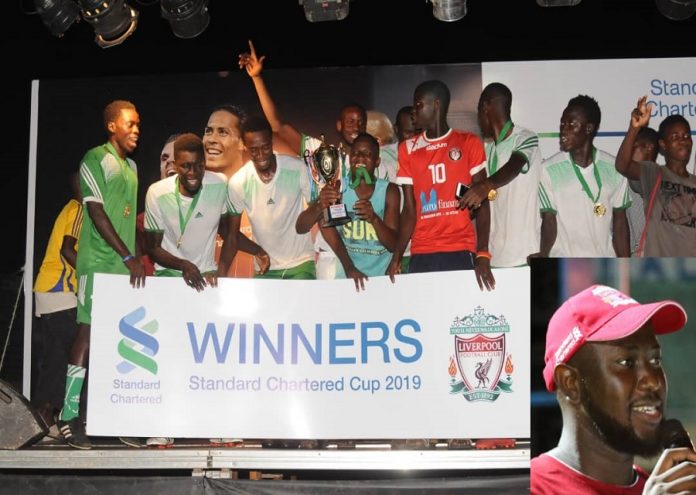 They beat Invincible 3-1 to win a round strip to Liverpool City in the UK to watch the Reds play this November.

LB Gaye had eliminated MRC 1 – 0 in the semifinal while Invincible booted out Nassim at the same stage after a late equalizer, before winning 3-2.

The final was thrilling from start to finish with Invincible the early pretenders but they eventually fell prey to the much experienced opponents LB Gaye. Lamin Sanyang was decorated the tournament’s most valuable player while the prize for the most discipline team went to Diversity.

The teams were grouped in four by the organizers for the group stages.

The top two in each group, advanced to the rounds, and the winners went on a knock out format advancing to the final.

The first, second, third and fourth runner up teams received medals with only the winning team receiving the grand prizes of a trophy as well as travel to Anfield to watch the Liverpool game in November, 2019.

Standard Chartered Bank is the global sponsor of the Liverpool brand and each year a few Gambians who proved themselves in a 5-aside football championship get a chance to watch Liverpool play at Anfield fully funded by the bank.

The tournament gets bigger by the year with the hunger to edge out a chance to an unforgettable experience of watching Premier League match live in a stadium inspiring everyone.

Even the neutrals enjoy the spectacle.

According to Mustapha John, Head of Cooperate Affairs, SC Cup Gambia is to give back to our clients. As you already know Standard Chartered sponsors Liverpool football club.

The tournament happens in all our markets, this year it came to Gambia.

The winner L.B Gaye and sons now have a chance to visit Anfield and watch a live Liverpool match, have a training session and interact with a Liverpool legend. 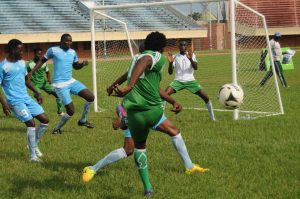 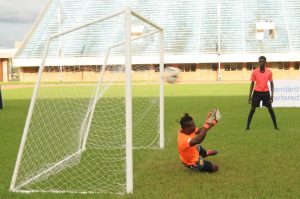 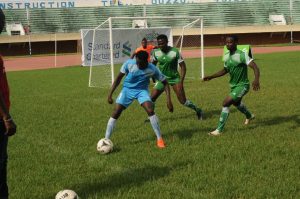 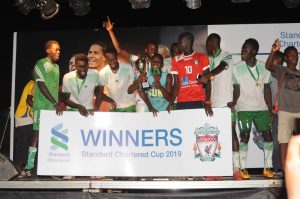