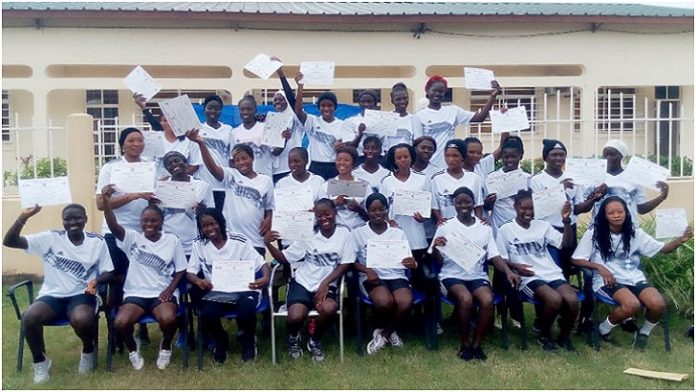 More female referees have been trained to feed standard by the Gambia Football Federation, GFF.

The week long training is designed to upgrade the refs who are aspiring to be inducted into the Fifa list of global female referees.

A record 30 new referees took part and they were introduced to the basics of refereeing as well as the laws of the game.

The 3rd Vice President of the GFF Rtd Gen. Lang Tombong Tamba who attended the closing said the GFF’s policy is to develop all areas of football as part of tthe National Football Development Plan (NFDP), a four-year development plan that seeks to promote and develop football within the prescribed period.

“Promotion of the game doesn’t only mean developing players but referees as well and the GFF is very keen on getting more female referees in The Gambia hence the current drive at enabling them to excel”, he noted.

Sadibou Kamaso, GFF executive committee advised the refs to improve themselves everyday by working hard and watching games to learn more. He used as an example the celebrated Gambian female referee Isatou Touray, describing her as a role model.

Referee instructors Bubacarr Jallow and John Frank Mendy both commended the graduating participants for their commitment and selflessness during the course of the training.