The indemnity clause through lenses of customary international law: 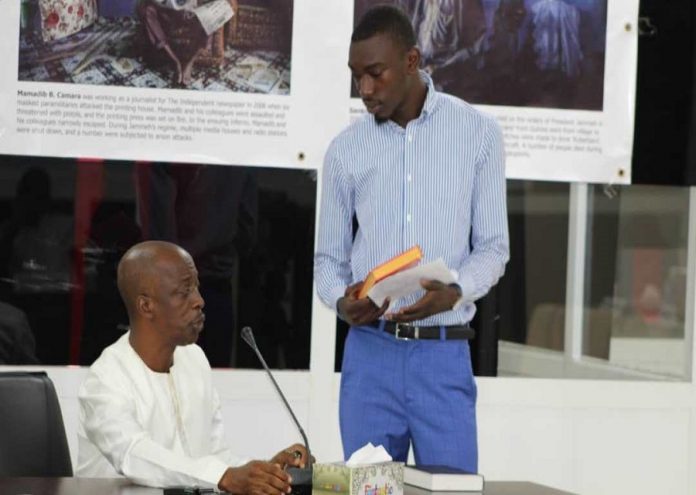 The former junta powerhouse Mr. Yankuba Touray used a good game of attempting to hide under an Indemnity Clause of the Gambian Constitution for purposes of immunity from appearing before any legal proceedings including possible prosecution for violations of the law.

While Mr. Touray’s blatant action delayed proceedings of the Truth Reconciliation, and Reparations Commission (TRRC), he has neither undermined or compromised the authority of the commission nor could he be protected from legal proceedings and possible criminal prosecutions.

The TRRC has both a national and international mandate to investigate, establish a historical record of rights abuses, and end impunity by making recommendations to prosecute cases involving egregious violations of human rights.

Arguably immunity under the indemnity clause of the Gambian Constitution does not meet any of the characteristics of customary international law’s classification of immunity.

In a theoretical perspective, immunity from persecution was solely established as only a means of strengthening and facilitating international relations by preventing the arraignment of foreign sovereigns or state representatives before a domestic court of other states.

Later by the early twentieth century ” the underlying principle was bifurcated, to distinguish between acts committed under the official banner of the state and characterized as public acts (acta jure imperii) and acts perpetrated in the normal sphere of private law although committed by state agents (acta jure gestionis)”.

Similarly, “immunity ratione personae” or functional immunity is conferred to persons holding certain offices in civil, criminal and administrative jurisdictions, such as diplomats and their families.

All these special tribunals emphasize the point that “the official position of any accused persons, whether as Head of State or as a responsible government official, shall not relieve such a person from criminal responsibility nor mitigate punishment”.

Perhaps, Mr. Touray and his legal counsel got it all wrong. The validity of the indemnity clause does not hold under the new Gambian political dispensation.

The indemnity clause can neither protect any member of the defunct military junta and public officials of its consequent APRC government from criminal responsibility nor be a mitigating factor for punishment.

It is evident from witness testimonies that Mr. Yankuba Touray committed crimes against humanity as a member of the 1994 military Junta (AFPRC) and a senior actor of the APRC government of former President Yahya Jammeh.