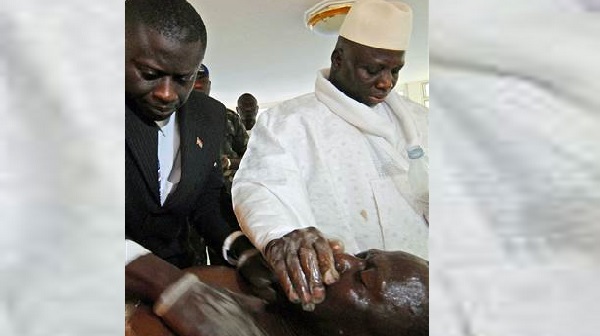 In mid-January 2007, former president Yahya Jammeh, while still in office, announced that he had received a “mandate” to start curing HIV/Aids and asthma. He declared that he could cure these two diseases in a day. And within three days patients would be declared free of them. He founded the Presidential Alternative Treatment Program (PATP) to carry out these treatments. In early April of the same year, he added diabetes to list of diseases he could cure. Diabetes, he said, would take him just five minutes to cure.

When Jammeh made his first announcement, we, the first batch of Gambian trained doctors, had just finished medical school and were on our first round of rotations as house officers. As ‘newly minted’ doctors trained in conventional medicine, we had our doubts as to the veracity of his bold claims which were rooted in alternative (traditional) medicine. At that time, all we did was to express our incredulity about his claims to those we trusted. From the beginning, it became apparent that Jammeh was not going to tolerate even the slightest of criticisms to his declaration. Saihou Ceesay the director at the National Aids Secretariat (NAS) had to resign. On 23rd February, barely a month into his treatment program, Fadzai Gwaradzimba, the United Nations’ Resident Representative to The Gambia,was declared persona non grata and asked to leave the country within 24hours.

This came after expressing her reservations about Jammeh’s claims in an interview with the British television channel Sky News. During this interview, she expressed concern that the claims could encourage careless sexual behaviour among the population who may wrongly believe there is a cure and indulge in risky behaviour.

A study published in the Health and Human Rights Journal mid-last year described Jammeh through his PATP, in the absence of powerful opposition locally and internationally to his treatment, of having presided over health dictatorship in the country. Currently, the body of the main component, HIV/AIDs treatment, of his PATP is being dissected in the open at Truth, Reconciliation and Reparations Commission (TRRC).

When Jammeh launched his treatment program, in order to give it some sense of legitimacy or some kind of validation in the eyes of the people, he recruited some conventionally trained medical personnel— doctors and nurses.He also invited the leaders of Cuban Medical Team at the time in the country to his treatment sessions at Kanilai to serve as observers as he performed his treatment. Amongst the Cuban doctors invited was Professor Aquiles Rodríguez López. Prof Aquiles was the then head of Medical Department at RVTH, and one of the most respected Cuban Physicians to have gone to The Gambia. He is well respected in Cuba too. Every Cuban doctor who goes to The Gambia will either know him or heard about him back in Cuba.

One day, during one of our sessions with Professor Aquiles, I asked him of his take on Jammeh’s claims. I said ‘Prof. since you have attended Jammeh’s treatment sessions, do you believe his treatment is true?’ He answered my question by asking me a question. ‘How do you say when you cannot talk’, putting his hand on his mouth, ‘and when you cannot hear in English?’ putting his hand on his right ear, he asked. ‘Dumb and deaf’, I responded. To that he said ‘OK’. And that was it.

Shortly after the commencement of HIV/AIDs treatment, Jammeh began the asthma treatment. This was being done at the State House. So, on any Saturday, since he claimed he could only cure asthma on Saturdays, there would be treatment session, hundreds of people with asthma would converge at the back gate of the State House located at the intersection of Marina Parade and Anne-Marie Javouhey streets. They would queue along Anne-Marie Javouhey Street which would stretch down to around the entrance of Accident and Emergence (A&E) Department of RVTH.

On one of these asthma treatment days, I happened to be on call in Medical Department at the A&E. It was mid-2007definitely on a Saturday. Around 4 pm, I went to review a patient in ICU. On returning back, as I entered the A&E, I saw a ‘beautiful’, clean, new wheelchair around the triage area. When I asked where it came from, I was told some soldiers rushed in a patient in it from the State House. In the emergency room, I found my friend Dr Lamin ES Jaiteh, who was there with me, together with some nurses attending to a sexagenarian man, in an acute state. I was informed that the old man was part of people who went to the State House to receive treatment from Jammeh. However, as he reached Jammeh, he descended into an acute state. Once that happened, Jammeh instead of attending to the old man, he ordered some of the soldiers there to put him in a wheelchair and rush him to the A&E.

With the treatment given at the A&E, his condition improved greatly. With that I told him in Mandinka ‘Pa,when you get better, you will go back to State House’. He responded by saying ‘Me? I am thinking of my head (my life). I wouldn’t even be going back home today let alone go somewhere else. I will spend the night here! On hearing this, we all burst into laughter given the irony of the situation. There was a man who went to Banjul, purposely to go to State House to receive treatment for asthma and now the last place he would want to go to was State House. His case is so interesting that Dr. Jaiteh and I still laugh about it whenever Jammeh’s treatment programs are brought up in a discussion. Jaiteh would tell me, ‘nko, you remember your old man from ….’, and I would always be like ‘of course, there is no way I can forget that old man’  In reality, that old man was not alone in Jammeh’s medication not working for him. Back then at RVTH, 99.99% of those who continued to receive treatment for asthma would report that they had actually taken Jammeh’s medication at least once.

In mid-September 2010, three years into Jammeh’s treatment programme, I resumed work back at RVTH when I returned to The Gambia after completion of a master’s programme in Clinical Medicine. There was this particular day I was on call. And it was an on call to always remember, for three things. First, it was the first night I had to spend at the hospital since my return. Second, I had to spend most of that night in ICU attending to a patient admitted with a condition I did my master’s thesis on. And third, the patient was a member of Jammeh’s family. The patient was admitted on accounts of one of the acute serious complications of diabetes. This was three years after Jammeh claimed he could cure diabetes. Anyway, I do know in conventional (orthodox/modern) medicine, in general, doctors should not treat themselves or members of their own families. However, in traditional medicine, healers usually pride themselves in treating-cum-curing their own family members when they get sick. In fact, that is usually their biggest sales pitch.
Now, looking back, one would realise why Jammeh was thin-skinned when it came to his treatment programs. And why he would not allow any independent scrutiny of it. The slightest scrutiny of it would have exposed it for what it was.

An assessment of freedom of expression in The Gambia; post-Jammeh