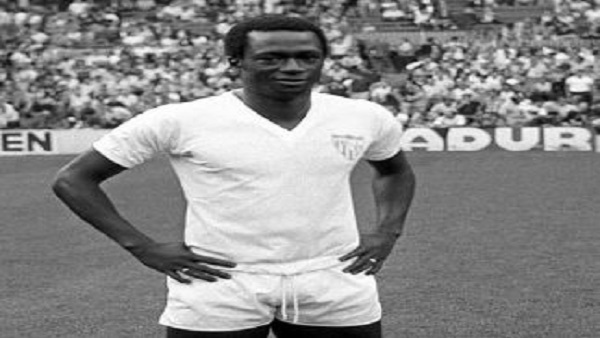 At the presentation, Alagie S. Darboe Nam for Brikama North said “we mourn and celebrate the death of the legend Biri-Biri, an inspirational player for generations of the Gambian players.”

“The former Gambian professional regarded as one of Africa’s most complete footballers of all time, had continued to serve the nation after his retirement by supporting and assisting the national team coaches and grassroots football across the country. Biri-Biri academy in Niumi is one of such to mention”, he said.

He added: “We will not only miss Biri in the field of sport but by extension even in the socio-political arena especially in the city of Banjul where he served as Deputy Mayor from 1994 to 2005 and worked as manager of Albert Market.” Biri was a kind, generous and friendly fellow, always smiling at everyone, he said.

“Legend never dies, legends are honored, as a sign of respect and recognition for his service to nation, and May the Almighty Allah grant him the highest place in paradise.”
Meanwhile Sulayman Saho, NAM for Central Baddibu said Biri-Biri was a caring and a loving father and also an inspirational sportsman in the history of The Gambia.

“The death of Biri-Biri is a great loss to the nation. Biri-Biri was not only a sportsman but a social man as he was always out to promote social relationships within Banjul and outside and he also played a crucial role in religious development,” he added.
He further said Biri was known internationally for promoting sport and bringing youths under the umbrella of peace.

Many NAMs sounded the same in paying tribute to late Biri-Biri who was not only a successful footballer in Africa but in Europe as well when at the moment in his career helped Sevilla gain promotion to Spanish First Division League in his second year with the club.

Share
Facebook
Twitter
Pinterest
WhatsApp
Previous articleThe irony of ex-president Yahya Jammeh’s claims of being able to cure asthma and diabetes amongst other diseases
Next articleWALLIDAN AND BIRI, AN UNBREAKABLE FAMILY BOND, PRESERVED FOR POSTERITY
Join The Conversation