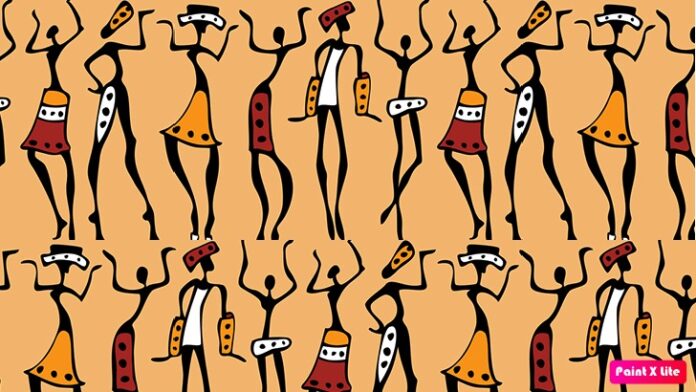 Tribalism has been spiking Gambian politics worrisomely in the recent past. Despite its intractable difficulty to cage, addressing it requires an impartial and a dispassionate approach. Even though its presence was noted in the first republic more especially during the race to independence and the immediate after post-independence, it was during the second republic that Jammeh took it to a different level with prominence. He singled out the Mandinkas with chilling threats of repatriating them to Mali and/or wiping them out by burying them six-feet deep. His threats were dotted by systematic dismissals of prominent Mandinka public officials and replacing them with his tribesmen. Strikingly, he anointed the UDP as a Mandinka party only because it is led by Hon Darboe who is a Mandinka. Jammeh’s failure to look beyond Hon Darboe limited his ability to see the diversity of its executive and membership. Contritely, NRP is led by Ahmat Bah, GDC led by Hon Mamma Kandeh, PDOIS led by Halifa Sallah and GMC led by Hon Mai Ahmad Fatty all escaped Jammeh’s tribal packaging.  So why did Jammeh handpick UDP and Mandinkas for his tribal-politics demonization?

Perhaps a look at our political landscape marked by sectionalism will unearth some fundamental issues beneath the political dribbling of our tribes, but first let us examine fear in our political sphere. There has been a battery of evidence that fear does not only change human behaviour but can also blur their logic and reasoning. Thus, it is not surprising political leaders employ the fear factor of “the others” to mutate their subordinates and enemies into illogical ruthless weapons in accomplishing their political goals. Perhaps this explains why Jammeh used fear to intimidate Gambians. He successfully accomplished shepherding our tribes and political divide through fear of real and perceived consequences that we demonized the other tribe or group. Vivid references are the coining of the Diaspora as “anti-establishment”, “enemies of progress” and “cockroaches”. As a result, some of our childhood friends and families distanced themselves from us to avoid Jammeh’s wrath. Suffice it to say when we are afraid, oftentimes, we psychologically we regress to tribalism because people are more emotional than logical at the tribal level. Politicians use tribalism by milking our fears and tribal instincts. The typical modus operandi is to give the other tribe a different label than us, and insinuate they are going to harm us or our resources. For instance, when building tribal boundaries between “us” and “them,” some politicians have managed very well to create virtual groups of people that do not communicate but hate without even knowing each other. A clear manifestation can is marked on our interaction and reaction on social media. As a consequence, we became reluctant to admit that the other side has a good idea because we don’t want to be criticized or rejected by our own people. It becomes blasphemous for NPP member to celebrate the good of UDP and in a similar vein a UDP supporter cannot compliment the good of NPP. One of the reasons for such a weakness in our political discourse is our own egos especially if we have at one point publicly criticized the other side and rallied for our side. Thus, when it comes to ego protection, it is easy to misperceive or even reinterpret a good idea as bad. Therefore, it is not surprising to see and hear a politician or media outlet on our side demonizing the other side for what they once defended. Here the case of Aji Yam Secka calling on Mandinkas to vote Darboe just because he is a Mandinka and Hamat Bah calling on Fulas not to vote “dirimos”. UDP can stand by Aji Yam Secka and sell her as not a tribalist while they want everyone to condemn Hamat Bah as a tribalist. What is their excuse? Hamat is a Minister and on taxpayers’ payroll while Aji Yam Secka is a politician speaking on a political platform. Very convenient. As a result, uncovering that the other side is behind a proposal would understandably make us less enthusiastic by devaluing an argument not on its merits but because of perceived negative qualities of those who proposed it. Admittedly, we oftentimes believe if we admit the other side has a good idea or has done well would feel like we are giving in to the enemy. After all the unforgivable wrongs committed by the other side, it might feel unfair or unjust to give them any credit, even if they are doing the right thing in the moment.

Admittedly, many Gambians are now understandably suspicious of anything our political leaders say. Like Fatu Camara illustrated when she echoed “I don’t trust any of the politicians we have right now” when she recollected the 2016 Coalition backstabbing and subsequent demise in her appearance at GISS GISS platform. Blind loyalty is another corrosive malaise that can puncture political bubble for any party. Similarly, it fertilises the growth of political tribalism. Thus, any take on a political party or politicians can easily be misconstrued as an attack on one’s tribe. What we will the see is a campaign for empathy by appealing to emotions rather than logic. Mai Ahmad Fatty succinctly crafted, “No one should expect us to mirror the mind of any other political party leader or political party. This will never happen. We are NOT subordinate to or affiliated to any political party, and we will NOT seek to placate or validate the position of any other political grouping, unless if a convergence of ideas existed. This may differ with the views of others in other political parties. Let us respect our differences on issues. This country faces serious problems, distractions are the least one should ornament.

Maturity demands the understanding that in politics, we cannot always all agree on the same issues all of the times. Our members have the right to speak their minds on issues, and it’s ok for us if their personal position does not reflect the official party line. This is what we understood to be the mechanics of democracy. Freedom of expression is a must. There is a lot of precedence where party bigwigs differ on their views against their party’s position. If you consider that “normal”, we see no difference with the expression of contrary views made by some of our members. Divergence is a strength in ideas formulation. Those who don’t know, need to learn”.

Gambia is a closely knitted society. We are inter-related in one form or another. As a result, we must not ferment a crisis that will consume all of us when it hatches. No politician is worthy of setting our beloved Gambia ablaze. When the worst comes to the worst, they will do a run with their siblings leaving behind to rot in hell. So logical instead of being emotional.