The vices are in politicians, not politics 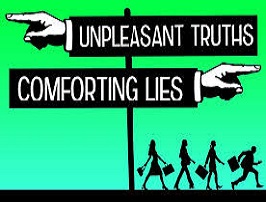 The story is told of an elderly woman and a younger one who were passing by a cemetery.

On a tombstone was written the epitaph “Here lies John, a Politician and an Honest Man”.

The elderly woman turned to her companion and, with consternation and opprobrium in her voice, said “these people are wicked; how can they bury two people in the same grave”.

There is often always a familial or parental disapproval when one declares an intention to join politics, or even want to study Political Science at the University.

“Politics is dirty” is often what you hear. Your intention is often also suspect. “You want to be corrupt”; “you want to live on the sweat on other people’s brows”.

Politics is, unfortunately, regarded as a public health hazard, mainly for the wrong reasons.

Why has politics reached this low? Who or what is responsible for this opprobrium and vilification: politics, the art and science of government, or politicians, those who have made a career out of politics, the game of mudslinging and shenanigans? Politicians play on the turf of politics, although they are not the only players.

There are the technocrats and the bureaucrats too, those who execute policies and programmes and those who interpret the laws. Unfortunately though, the more prominent players on this turf are the politicians.

“You are either a beast or a god” if you are not interested in the affairs of the polis, in the polity, the Greeks argued. Thus, since it is indisputable that everyone should be interested in politics, in government and governance, and in the distribution of power, how do we cleanse it of the bad name it has become synonymous with, a leech on the body politic? How do we make politics attractive to everyone, especially those who have no interest of carving out a career out it but are interested in how they are governed? It is said that bad men rule because the good aren’t interested in ruling; and the good are the greatest grumblers.

My dearest brothers and sparing partners, Alagie Saidy-Barrow and Madi Jobarteh, have in the not so recent past written about politics and why it must not be seen as a zero sum game, why we must cleanse the Aegean stable of politicians and keep them pure, value laden and principled. We cannot afford not to.

Since politics is too great a national life to be left to the whims and caprices, and shenanigans and peccadilloes, of politicians only, it behooves on all of us, citizens, to take great interest in politics, in how we are governed and power is shared or distributed.

To free politics from the bad name given to it by politicians, and clearly hanged, we must insist on “character qualifications” for anyone who seek public office or public trust.

We must juxtapose the person against certain values and principles such as: honesty, reliability, congruence, credibility, trustworthiness, humility, truthfulness, etc.

He or she must have been tried and tested in these values as well…. But it means much more: each of us must exhibit or exemplify these values we the politicians to have.

“Since to be honest, as this world goes…” is a difficult affair, and since politicians come from us, we need serious VALUE CLARIFICATIONS. Are we the values we say we have? Do we “do unto others” as we want done by or it is a one-way traffic, for us only as long as it is convenient? Do we really admire those amongst us who have uncompromising values and principles or those who simply don’t have their price?
As for I, nothing has higher premium that us placing CHARACTER highest on the totem pole of our politics, for our politicians and all of us. It is our very definition. For I, “CHARACTER” is:
What one would do when no one is watching him or her; what the angels will tell God about you.

It is not character when one suffers from incongruence: mismatch between one’s words and actions.

If only we can forget what the people will say about us, the reputation we show off, what goes on your epithet.

If only we insist on the highest qualities from our politicians. If only all of refuse to be intimidated by the light, all of us.

If only we can engage in serious value clarification exercises, all of us. If only we know our children are watching our feet, not our mouths.

Politics affects every facet of our lives.

Politics is not a zero sum game.

We cannot leave matters of life and death in the hands of people who have decided to make politics a career. We do so at our own peril.