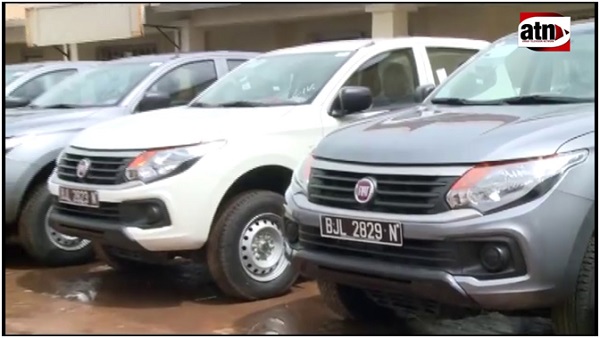 This applies specifically to the Gambia, but more broadly imputes the rest of black Africa. The struggle to establish democracy, as the best mechanism of organizing societies, has long been a subject of unresolved political conversation.

In Gambia, the motivation is mostly personal greed, but by looking at it more expansively, the attribution to culture becomes more significant, and undeniably alarming.

Democracy and the rule of law are interchangeable, where one cannot survive and thrive without the other.

At the core of the failure of democracy in Gambia, and by extension, Africa, are cultural ties by blood, tribe and relationships that totally supersede the law of the land and make the rule of law skewed against the weak, minorities, the poor and the vulnerable.

This cultural attachment has created a class society in Africa, which is at par with India’s cruel and immoral caste system.

The connected, the wealthy and senior government officials are exempt from the rule of law, the very foundation of democracy.

On the basis of tribe and family, there is a wide latitude to protect offenders from crimes as egregious as corruption.

The rule of law works when all citizens are treated equally and no one is exempt from the consequences of law breaking.

Free and fair elections, free media and human rights protection are only a part of democracy.

The more substantial function of democracy is the establishment of a rule of law that applies to everyone; equally.

If the rule of law cannot be applied equally across the board, without regard to relationship ties, the democratic system cannot function.

In the rule of law, accountability is cardinal in regulating society, and ensuring its smooth progression

. For instance, there is a lot of information Gambians are entitled to, but are denied; the origin of the 57 vehicles used to bribe Assembly members, the source of the funds to build President Barrow’s Mankamang mansion, the 750,000 dalasis sent to Fatou Barrow; among other murky financial issues that border on outright corruption.

When it comes to concluding the complete and utter failure of the democratic system in the Gambia, look no further than the most glaring subversion of the National Assembly, and the Justice system, into extensions of the executive branch; rather than independent co-equal branches of government.

There is no democracy in Gambia without the complete and unfettered independence of these branches of the government.

On the contrary, the vacuum created by the absence of these two as co-equal branches of government, also opens up opportunities for the executive to expand its power beyond what the Constitution permits.

And that’s exactly what is happening in Gambia right now. I thought we fought 22 years to rid Gambia of this corrupt, self-serving system; actually, I don’t think, I know so.

I was there for 24 years, since 1994, as a leader, if not the founding leader, in the just concluded struggle to eradicate that system, and start anew again.

I invite reference to an eye-catching frontpage article published by my learned junior Barrister Lamin J Darbo, in the Monday 18TH May 2020, publication...
Read more
Opinions

Mental Health Well Being and Psychology remain a road less trodden upon. Students seldom venture into that undergrowth. But, those who do, are remarkable...
Read more
Opinions

By Samsudeen Sarr I had intended to remain silent about the recent Senegalese military incursion into Jarra Soma or somewhere around there last week; but...
Read more
- Advertisment -