Trans-Gambia Bridge to be inaugurated today 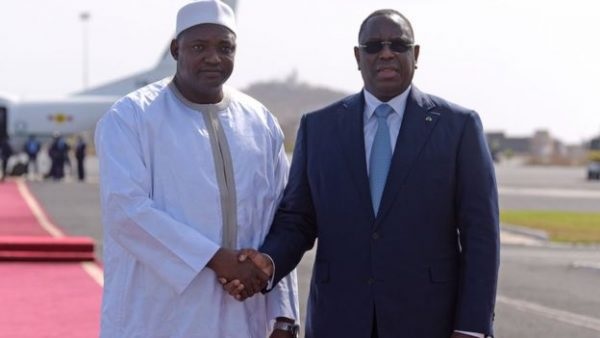 A press release issued by the Office of the President has announced that President Adama Barrow, will alongside President Macky Sall of Senegal, this morning preside over the inauguration of the much-anticipated Trans-Gambia Bridge.
The release stated: “The bridge, which is part of the Trans-Gambian Road Corridor, is a vital economic and strategic link connecting north and south banks of the River Gambia as well as The Gambia, Senegal and other countries in the sub-region.

Following a long lull in the construction of the bridge during the former regime, the Barrow government upon coming into office took up the completion of the project as a key priority. Taking into account the strategic interest of the country and in line with the integration agenda of the Ecowas sub-region, the Barrow government mobilised the much-needed funds from the African Development Bank to continue the construction.

“The potentials of a bridge at Bamba Tenda – Yelli Tenda crossing prompted President Barrow and other Senegambian leaders before him to support this major infrastructural development project for the good of the peoples of both countries, and the entire region by extension. Thus, it is with delight that the President takes great pride in overseeing the completion and inauguration of a pan-African project that captures the interest of several sub-regional leaders since the immediate post-independence era.

“The bridge is one of the biggest in the sub-region with a length of 1.9 kilometres and over five storeys high. It is designed to be a toll bridge that would accommodate the passage of most vessels, while longer-mast boats can easily fold their masts to pass through the bridge. Fifty seven percent of workers are Gambians, eighteen per cent expatriates, and twenty per cent other Ecowas citizens.”