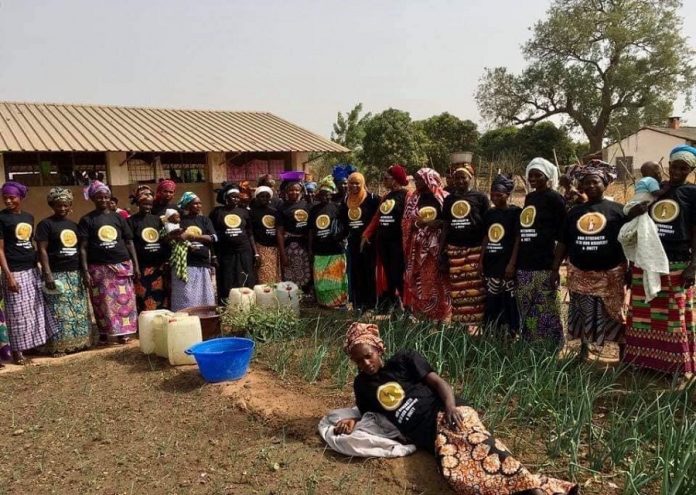 A few years ago,Gas Ceesay was one among many rural women searching for opportunities to make a decent living to support her family in Kiang. She had very few options apartfrom the traditional subsistence farming that hardly guarantees basic needs of her family.

All that changed when Gas came across Tresor Women Warriors a network that seeks to uplift the quality of life of Gambian women. Gas registered in the scheme as a poultry farmer and her life was transformed from an ordinary rural woman living just by the day, to a successful entrepreneur.” I managed to qualify for a D600,000 loan from Tresor Women Warriors and invested it in my poultry business. Today, not only have I paid the D600,000 from the D900,000 I generated, but also supported other women from the money to set up similar successful business ventures,” Gas told a carefully selectedgathering of successful prominent Gambians from different background and profession who came to witness the inauguration of the TWW headquarters in Kwinella. The building in Kwinella will serve as the theater from where solutions, strategies and plans of the TWW will be formulated and spread to all angles of the country.

The TWW envisions a Gambia where all girls and women are nurtured and empowered to reach their full potential irrespective of their ethnicity, income level or social status by championing and advocating for the aspirations of women and their socio-economic development.

It also facilitates and promotes opportunities to support, empower, connect and grow women in business and leadership and to uplift girls and women through facilitating enterprise development, networking and supporting women for success and growth among others
Operating in most part of the country, the TWW has over 4000, women in its network. It is the brain child of Aji Kumba Daffeh, whose father, Jerreh LB Daffeh, a former Agriculture Minister was a native of Kwinella.

She told the ceremony that she had a vision to uplift women since at childhood.
Aboulie Baax Touray a seasoned Gambian entrepreneur and economist delivered an inspiring speech on the achievement of the TWW through the founder’s unwavering commitment to pursue excellence in life.

He continued: ”Aji Kumba Daffeh had a vision at the tender age of 12 , to uplift and empower women in The Gambia . She and her team have been living the adage “ you make a living from what you earn and make a life from what you give.

I recall her initiative of “ Yes we can read “ education project in Pallen – Balaghar, night of excellence awards, cancer awareness programme, fashion shows to fund cancer research, the resettlement of Gambians in Senegal during the election impasse and now, the flagship event ,the formal launch of Tresor Women Warriors headquarters in Kwinella- Kiang, the birth place of her father the illustrious Honourable Jerreh Lang Bumari Daffeh. Aji Kumba comes from the hardworking and kindhearted Fatou Jeng Alieu of blessed memory of Banjul and her grandmother was Ajaratou Ndey Secka of Saloum in the Central River Region.

Aji Kumba has impacted her mother’s ancestral home and now transforming her father’s home town and by extension The Gambia- her country of birth; It was Albert Einstein who said “ do not only aim for success , strive to be a person of value. We must live and cherish our long held values of truthfulness, honesty, patriotism, selflessness and love of The Gambia ever true.These are the values of Tresor Women Warriors and therefore worth celebrating and emulating.

Touray said allGambians are created equal but the most impactful and valuable Gambians are those who empower women and youths and impact their ancestral villages, towns and cities.

He added that the Tresor Women Warriors have set the pace andall Gambians are challenged to follow their shining example.

“Imagine if Government, going forward, decides to outsource the numerous Agriculture development projects to private sector organisations and associations, we will become food self sufficient and secure within a decade,” he said.

The TWW headquarters is an imposing edifice strategically located in Kwinella, itself a fast growing center of attraction for trade, tourism and agriculture. The successful launching witnessed by many illustrious son and daughters of the country speaks volume of the status attained by TWW. 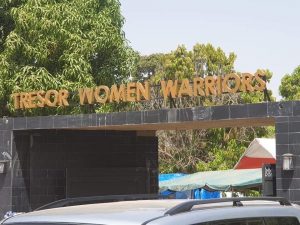 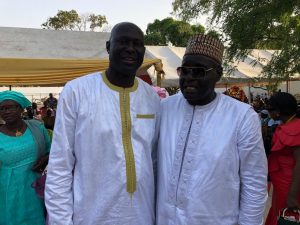 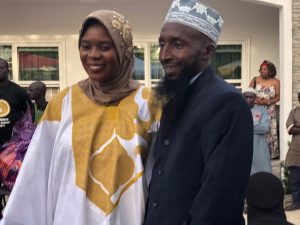