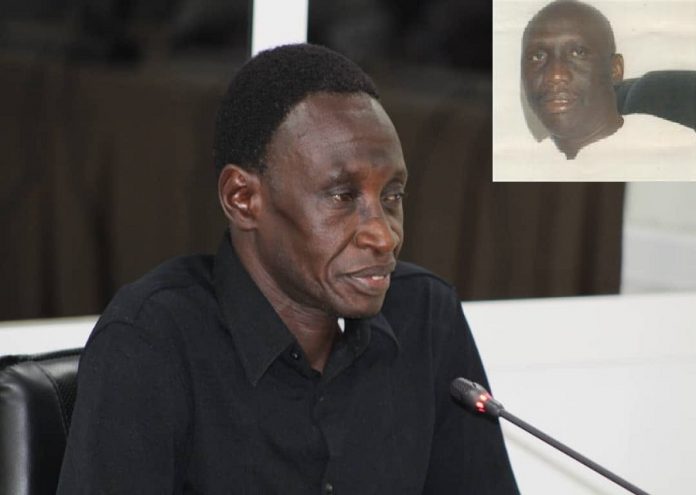 Lamin Jobe, a supporter of the UDP yesterday gave a chilling testimony of how he was tortured by personnel of the now defunct National Intelligence Agency leading to the loss of his manhood.

Jobe, an employee of the GPA who was dismissed and reinstated recently explained how in 2011 he was framed by officers of the NIA who arrested him at the ports days after he had an encounter with the former GPA managing director Modou Lamin Gibba who warned him against associating with the UDP.

“Gibba told me that he had received several complaints that if Darboe is crossing, I used to take him to Captain Bridge and accord him VIP treatment. When I told him that Darboe is a Gambian and deserves such treatment as my party leader, he took out a piece of paper and started writing on it and threatened that I would be victimised as a result of my action,” Jobe stated.

He said after his face-off, three plainclothes officers who identified themselves as agents of the NIA asked him to follow them out of the terminal, and covered his face with plastic bags. He saidhe was taken to the ‘torture chambers’ where his genitals were electrocuted leading to the loss of his manhood.

Jobe, 55, claimed that upon his arrival at the NIA, Foday Barry, instructed the officers to search him and later take him to a tiny room where four drunken men were waiting to grill him.

“As I was about to sit down, one of them kicked the chair and I fell down. Foday Barry told me that by the time they are ready with me not even my wife will be of benefit to me. They asked me to undress and started beatings. I bled and they started to off [sic] cigarette butts on my body,” Jobe narrated. He said during his detention, his wife abandoned him and ran away.

Refutal
But before we went to the press last night, Mr Foday Barry called to deny his involvement in Mr Jobe’s alleged torture. He told The Standard: “I cannot imagine that a Gambian will go before the TRRC and start lying against people. He is saying that he was arrested by certain NIA officers and then they brought him to my office at the NIA and on arrival I said to him in Mandinka that I was going to teach him a lesson that he will never forget and that I was going to make him impotent and that I gave instructions for him to be tortured.

“I was removed from the NIA and taken to the police in September 2002. Around 1stJanuary 2003, I was moved to Kairaba Division as commissioner and on July 15th 2003 I was dismissed because I was investigating a diamond case. On March 24th2006, I was on my way to my family compound in Bakau when I received a call from Yahya Jammeh and he asked me whether I was in town, I said yes. He then asked me to go to Lang Tombong Tamba’s house and then go with him to State House. I was reinstated the same day.

Fourteen days after my reinstatement, I was arrested and charged with treason, remanded from April 2006 to December 27th, 2007 when I was released. In 2009, I went to work at Sheraton Hotel as director of security and safety. In 2010 I was approach by Ben Jammeh to come and work at the National Drug Law Enforcement Agency. I was there until around 2012.

I was given an assignment to investigate the case between the UTG and Gumbo Touray. After completing the report, it was submitted and Gumbo Touray was asked to be charged but I told them they cannot charge Gumbo Touray because the evidence against Prof Kah was overwhelming but I was told that was the directive. After that, Jammeh was not happy with me. I was arrested and detained at the NIA and that was the end of my service. So, I cannot be in the NIA in 2011 when this time found me in the National Drug Law Enforcement agency as the officer in-charge of the drug unit.”