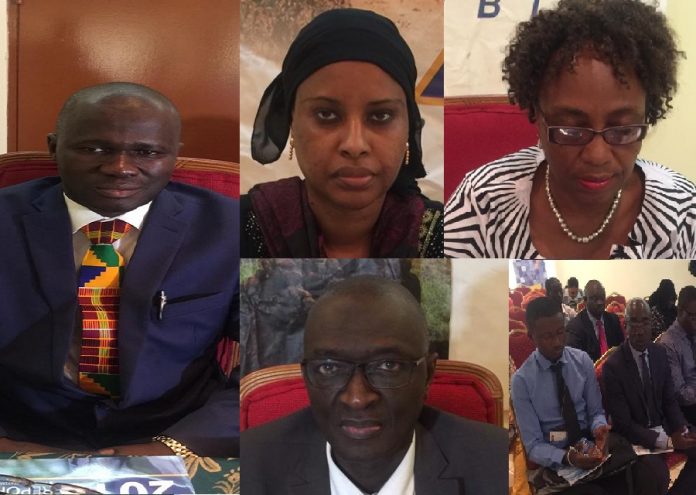 Trust Bank (Gambia) Limited (TBL), the leading Gambian bank yesterday held its 21st Annual General Meeting at the Kairaba Beach Hotel.
The meeting brought together shareholders, board members, management and staff of the bank. Among others, the AGM received and adopted the annual reports and accounts for the year ended 31st December 2018, declared dividends, approved the remuneration of directors, appointed the auditors of the bank and authorised the board to determine the remuneration of the auditors.

TBL was founded in 1997 by private investors and, at its inception, acquired the assets and liabilities of the defunct Meridian Biao (Gambia) Bank. Today, Trust Bank (Gambia) is one of the largest commercial banks in The Gambia in both asset size and by branch network.
The bank has over 1,000 shareholders with the largest shareholder being the Social Security and Housing Finance Corporation (SSHFC) of the Gambia and Data Bank of Ghana.
Speaking at the meeting, Mohamadou Manjang, Chairman of the Trust Bank Board of Directors noted that despite a challenging external environment in 2018, the bank delivered increased profits and achieved a higher return on tangible equity.

“There is appreciable growth in the Group’s balance sheet size with total assets increasing by 7.23% or GMD449 million with core business activities of loans and advances and deposits growing by 6% and 9% respectively. The main contributor to operating profit, net interest income, accounts for 65% of total operating income,” Manjang told delegates at the AGM.

He said the bank’s operation costs decreased by 5% primarily “because of management’s tight control over expenses. With continued improvement in the risk management framework and recovery efforts, assets quality remained good with non performing ratios at 1%, well below industry average of 3.3%”.
“Overall, the bank delivered reported profit before tax of GMD124.5 million, up 3% on 2017. This performance allows us to recommend a final dividend of D0.15 per share for approval by shareholders at this Annual General Meeting. This will bring the total dividend for 2018 to D0.30 per share,” he added.

Board of directors
Manjang said Mustapha Njie who was the Chair of the Infrastructure Sub-Committee and Mr Abdoulie Tambedou, a member of the Audit Committee both left the board in 2018. He said despite that the composition of the board remains very rich in terms of quality and experience to efficiently and effectively carry out its oversight responsibilities

Customers
Chairman Manjang added: “The macroeconomic environment has significantly improved over the last two years. The fundamentals for growth remain strong, and the structural and financial reforms underway by the Central Bank should continue to support economic development. These will benefit our customers and investors, and our strong balance sheet will enable us to help our customers negotiate their paths within these opportunities”.

Human Capital
Manjang said the board fully endorsed the bank’s commitment to develop and support its people “and we offer the management our wholehearted support in realising that ambition”.

Corporate social responsibility
He said the bank has been and will continue to participate in the area of corporate social responsibilities in its identified areas of health, education, sports and environmental disaster recovery assistance.
“We recognise the fact that we live with and work through communities and as such we will not relent as long as societal issues of concern persist in our midst in line with our slogan of being Proudly Gambian,” he asserted.
Mr Manjang thanked the managing director and staff of the bank.
“Their hard work, commitment and talent have been critical to the bank’s progress in 2018. Our challenges and shared purpose is to build on that good work through the rest of 2019 and beyond. I have every confidence that we can do so. I am also grateful to our customers and shareholders whose loyalty is our strength and whose needs inspire us to deliver our best,” he said.

“Growth is projected to moderate further to 3.5 percent in 2019, predicted on the declining growth prospects for advanced economies, and the emerging markets and developing economies. In the advanced economies, economic growth is projected to slow down from an estimated 2.3% in 2018 to 2.0% in 2019 and 1.7% in 2020, due largely to downward revisions for the euro area,” he explained.

Mr Salla added that economic growth in the euro area is set to moderate from 1.8 percent in 2018 to 1.6 percent in 2019 and 1.7 percent in 2020.
“Growth rates have been marked down for many economies within the region, explained partly by the soft private consumption, weak industrial production, and subdued domestic and foreign demand. For the emerging markets and developing economies, growth is expected to slow down to 4.5 percent in 2019, from 4.6% in 2018, before improving to 4.9 % in 2020,” he asserted.
He said the projected slowdown in the region is predicted largely on weaker growth forecasts for China driven by trade tensions, combined with the financial regulatory tightening.

“Economic activity in sub-Saharan Africa remains robust supported mainly by domestic policy adjustments, improved external environment, and favorable commodity prices,” he said.
The IMF, he added, has projected that about one-third of countries in the region are expected to grow above 5% in 2019 and 2020.
“The region is projected to grow at an average of 3.5% in 2019, from 2.9% in 2018 before accelerating to 3.6 in 2020,” Mr Salla added.

Banking industry
MD Salla said the banking industry continued to be profitable, well-capitalised and liquid with higher credit uptake by the private sector contributing to the growth in industry assets by 15.3% to D43.6 billion from the previous year.
“Asset quality also improved with non-performing loan ratios trending at 3.3% compared to 7.2% from a year ago. Significant decline yields on all short term Government securities commenced in 2017 but somewhat stabilised in 2018. However, with yields markedly lower and reduced borrowing by government in the domestic market, most banks held excessive liquidity positions well above statutory requirements,” he said.

This, Mr Salla added, negatively impacted banks’ return on investment in government sector lending by reducing the Central Bank rate further over the course of 2018 from 15% at the beginning of the year to its current level of 12.5%.
“Many banks have reduced their prime lending rates over the past couple of years making credit more accessible and affordable to the private sector,” he explained.
Group performance
He said the group comprises Trust Bank Ltd, Bayba Financial Services Company Ltd and Home Finance Company ltd net operating income for the year has declined slightly from D552 million to D541 million largely due to decline in interest rate for loans and advances to customers.

“Fee based income also declined as more customers demand a reduction in the cost of banking services. Expenditure remained under strict control with total expenses at D434 Billion compared to the previous year figure of D458 Billion,” he added.
He said a combination of healthy top line growth prudent management of deposit costs and better operating efficiency resulted in an increase for the group after tax profit by 10.24% to 94.1 million.

“The group balance sheet grew impressively with total assets increasing by 7.23% of D449 million fuelled largely by a 6% growth in the loan book. Despite the growth in the loan book, the loan portfolio remained in good shape with the non-performing loan ratio of a percent is well below the industry average of 3.3%,” he adduced.
He continued: “On the liability side of the balance sheet, we sustained robust growth in customer deposits which grew by 9.20% from D5.3 billion to D5.8 billion. The bank’s deposit base represents at least 21% of industry deposit”.
He said during the year under review, the bank spent D2.3 million on its corporate social responsibilities.

Since its inception, Trust Bank GambiaLimited has received many accolades and awards from the government, local and international institutions including National Order of the Republic of The Gambia (MRG), Bank of the Year by GCCI, Bank of the Year for The Gambia – The Banker (UK) and Best Bank Award by Global Finance. 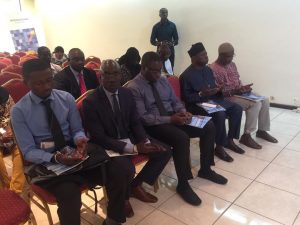 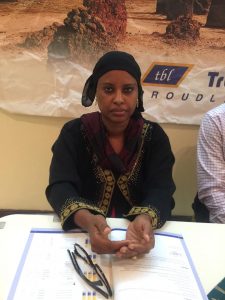 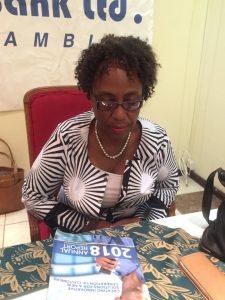 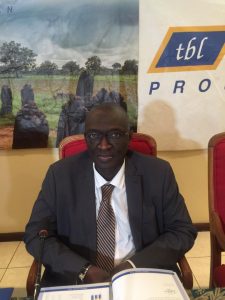 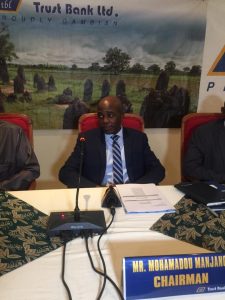 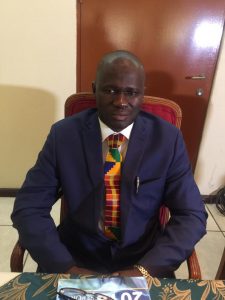 - Advertisement -
Share
Facebook
Twitter
Pinterest
WhatsApp
Previous articleLessons from former president Sir Dawda Jawara
Next articleFocus on The Gambia: Statement by IMF Deputy Managing Director Tao Zhang at the conclusion of a visit to The Gambia
Join The Conversation

By Olimatou Coker Association of Single Mother's Scheme (SMS) was over the weekend launched. According to the officials, SMS is established to address the affairs of...
Read more
- Advertisment -