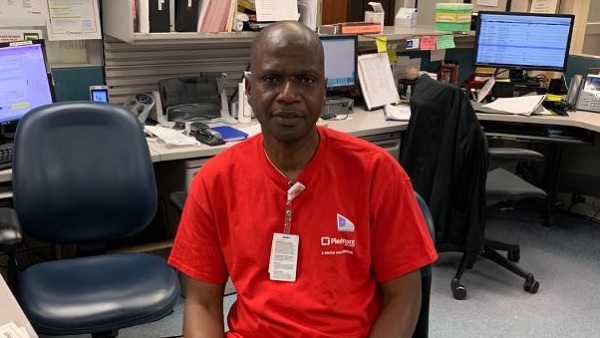 United Gambia Association, UGA, a non-profit, non-political and non-religious association of Gambians mainly in the US which was a key funder of Coalition 2016,has called on political parties in the country to band together and remove President Barrow from power in 2021 similar to the ouster of President Jammeh in 2016.

In a statement signed by its president Alhaji Abdoulie Drammeh and secretary Siaka Drammeh sent to The Standard, the association stated: “It is our belief that 85% of Gambians are unhappy with the present situation. In order to bring change for the better, the political parties and Gambians at large must put their differences aside and join to uproot this corrupt government.

“It is our humble conviction that our unity is our strength. Therefore, we are appealing to our politicians to think about the consequences if they fail us in 2021. We raised these issues and concerns out of our love for country and responsibility as citizens. We will give our support and backing only to a united front.

“We felt disappointed and betrayed. We spent a lot of money in the struggle against Jammeh not only because we wanted change but reforms. Reforms of the security sector, electoral laws and governance system. But nothing has changed in terms of the corruption, the inefficiency, the bad judgement and multiple abuses continue all the time. We feel another coalition is more than necessary.”

The association warned that the country’s political parties will be held responsible “if they failed to unite to unseat Barrow in the 2021 presidential election.”
“We were convinced that this government will position the country on the path of good governance and sustainable development. But almost all the decisions and actions they take are threats to our democracy and national interests. We cannot sit quiet to watch again another political leader mislead this country. We believe Barrow is not the leader who can transform our lives for the better. We have now learnt our lesson well enough that we will not be silent and uninterested ever again,” the association added.

The association said “no politician or public officer can ever again fool or threaten our people or arrogate to yourself the control of truth, power and righteousness.”
“We are very concerned about the lack of unity in the country. It seems we are divided based on partisan politics today more than ever. It is high time we looked at each other with an open heart and mind,” the statement noted.

Gays
The association also urged the country’s politicians not to waste their precious time debating about homosexuality because majority of Gambians will never condone homosexuality but said it “denounces whosoever is propagating for the rights and protection of gays in The Gambia.”