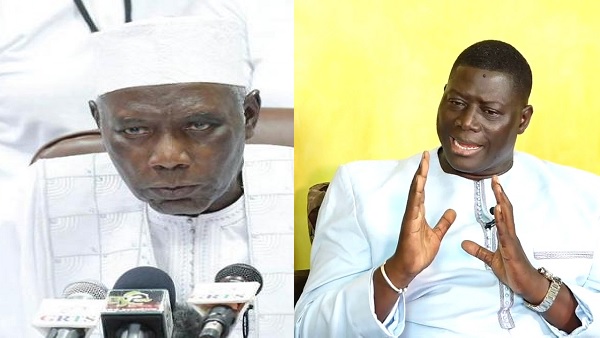 The United Democratic Party has filed a writ of mandamus in court, seeking the court to compel the Independent Electoral Commission to do what it is legal.
The UDP spokesperson Almami Taal confirmed to The Standard yesterday that the party’s lawyers have filed the writ because the party is apparently frustrated with the IEC for not observing the rule of law in the case of chairman Sonko.
“We filed for a writ of mandamus to be issued to compel the IEC to do their job according to the law,” he said.

He said the party is in a race against time to force the IEC to execute its duties as dictated by the laws.
This, he added, is aimed at sending signals to citizens to hold their institutions and officials accountable.

“We want this writ of mandamus issued as soon as possible because time is of the essence here. The writ is to show Gambians that they must hold their institutions and officials to account. The UDP is blazing the trail in this direction,” he added.

Asked whether the UDP has lost faith in the IEC, Taal replied in the negative but emphasized that his party has a legal option to explore in the issue of Sonko.
“We want Gambians to know that the rule of law should be observed. We have legal options and we will exercise our right,” he clarified.

Sonko, once a key figure in the UDP fell out with the party after they accused him of shifting his allegiance to the newly-formed NPP and its leader President Barrow.
This prompted the party to agitate for the removal of Sonko as per the Local Government Act but the IEC is yet to grant that wish.