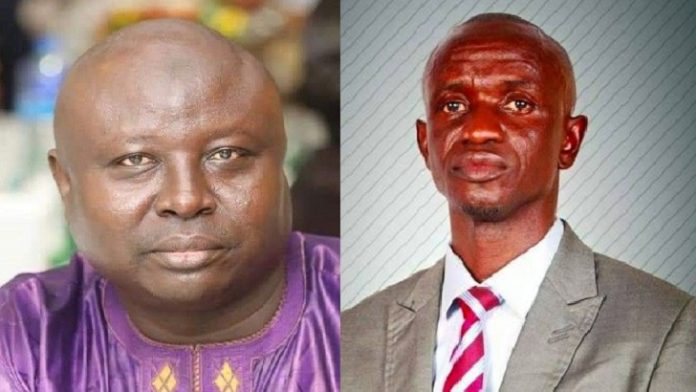 The deputy administrative secretary of the United Democratic Party has said that the failure of the Barrow government to effectively enforce Covid-19 regulations during the first quarter of 45 days state of public emergency is what poses a threat to lives of ordinary Gambians.

Alhagie S Darboe, who is the National Assembly member for Brikama North, was reacting to President Barrow’s political adviser Siaka Jatta who alleged that the UDP is playing politics with the lives of Gambians after the party’s parliamentarians led a vote against the extension of 45 days state of emergency tabled by the minister of justice last Saturday.
In his reaction, Darboe said: “I want to advise the so-called political adviser of the president to concentrate on his work and advise the president on political matters. It is rather unfortunate to have his likes as the presidential adviser who has become more of a political mouth piece and a propagandist of the president than an adviser.”

Darboe further charged that “these are the likes of people who are ill-advising the president on issues that could lead to the failure of the government. He should know that what is actually threatening the lives of the Gambians is the lack of proper implementation of the Covid-19 regulations”.

Alhagie Darboe said the principal essence of the state of public emergency is to ensure that regulations are in place to provide social distancing and prevent the spread of the virus.
“But if you look at the regulations very critically, you will observe that within the past 45 days most of the regulations are not effectively implemented. The position of the members of the National Assembly who rejected the 45 days extension was informed by the recommendation of the select committee who recommended for a 21 days extension and further called for the review and amendment of regulations that can be enforceable since the government has failed to enforce regulations of the initial 45 days period,” Darboe said.

“If you have the regulations but cannot implement them who are you to blame? The markets are full to capacity, majority of mosques not complying; there are variances in prices of food commodities, failure of drivers to comply despite cuts in fuel prices among others are all causing problems in the country.”

Reacting to allegations that the UDP NAMs pre-planned the decision prior to the tabling of the motion, Darboe said he is aware that there were lawmakers who engaged themselves in side meetings “but as far as I know, there was no such side meeting at the level of UDP over the matter”.

The Gambia yesterday registered a new Coronavirus case, making the total number of cases to 26. According to the health ministry, the new confirmed case...
Read more
News

The US ambassador to The Gambia, has spoken on the death of the African American George Floyd at the hands of police, the universal...
Read more
News

By Omar Bah The Ministry of Lands is planning to continue with the demolition of properties it said are built on illegally appropriated land. Speaking at...
Read more
- Advertisment -